Blockchain startup Band Protocol has raised $3 million in a seed funding round led by Sequoia India. The round also saw participation from Dunamu & Partners, an investment arm of Korean FinTech firm Dunamu, and SeaX, a VC fund that invests in tech companies.

Band Protocol is a permissionless blockchain protocol to create token-curated communities, each with its own personalized tokens. It facilitates the issuance of community token via bonding curve, a smart contract that mints and burns token through buy/sell function. Followers and curators who wish to partake in the community can send BAND token to the contract and receive community token, and vice versa for sell function.

Band Protocol said that the latest funding will allow the company to further accelerate its product development and help establish its go-to-market strategy for 2019, as well as expand its engineering team to support its solution launch later this year.

“There’s growing unavailability of trustable data on the internet, coupled with the rising trend of fake news,” said Soravis Srinawakoon, co-founder and CEO of Band Protocol. “Our vision at Band Protocol is to bring online and digital communities together by creating an online platform for the curation of transparent and reliable data.”

“The blockchain industry has gone through several ups and downs, but we take a long-term view,” said Pieter Kemps, Principal at Sequoia Capital (India) Singapore. “We have been very impressed with Band Protocol’s experience in the blockchain space across several industry cycles, as well as the team’s technical skills and strategic approach.” 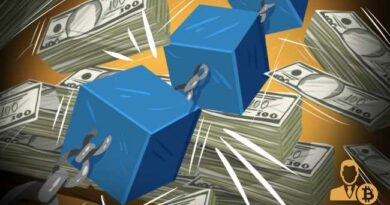