Home » Blockchain » #DeleteFacebook as the Proof of the Need for Decentralization

On March 17, two editions—The New York Times and The Guardian—published investigative reports about Facebook’s activity, according to which, the largest social network in the world has been providing access to data of millions of users for several years, receiving profit from it. According to the publication, in 2014, Facebook granted the communication consulting company Cambridge Analytica access to 50 million profiles, and the latter used this data for targeted political advertising. Since the publication, the price of shares of Facebook Inc. has started slipping, and the company lost more than $73 billion. This scandal, however, has an opposite side as it has proved that in the modern world, the development of blockchain networks has become a necessity.

How Cambridge Analytica Received the Data of 50 Million People

The investigation of the British edition of The Guardian states that Cambridge Analytica was contacted in 2014 by Aleksandr Kogan, the professor of psychology at the University of Cambridge who also teaches at the St. Petersburg State University. Especially for Cambridge Analytica Kogan created an application with a psychological test for the passage of which the users were offered a reward. In this case, the application requested access to user profiles on Facebook and their friend lists. So, despite the fact that the test encompassed only 270 thousand people, the application has gotten access to 50 million profiles. The collected data, as claimed by Kogan, was used exclusively for academic purposes, but the database obtained was transferred to Cambridge Analytica.

As a result of the published information, starting from March 17, Facebook’s capitalization has begun falling rapidly and within ten days decreased by $73 billion from $537 to $464 billion. Shareholders and users of the social network filed four lawsuits against Facebook Inc., charging the company with deliberate concealment of information, and Mark Zuckerberg was summoned to testify before British parliamentarians.

In response, in a statement released on March 21, the head of Facebook promised in the future to complicate the access of third-party applications to any information about users:

“We have a responsibility to protect your data, and if we can’t then we don’t deserve to serve you. I’ve been working to understand exactly what happened and how to make sure this doesn’t happen again.”

Shortly after the investigation was published, the #DeleteFacebook campaign was launched on the network, urging users to delete their Facebook accounts. Two hours after the launch, the #DeleteFacebook hashtag hit the top with more than 10,000 unique tweets. And on March 23, the campaign was supported by Elon Musk and, after several users suggested Mask to remove Tesla and SpaceX accounts from the social network, he wrote:

A Valuable Lesson on the Protection of Personal Data

The scandal demonstrated how the key advantage of social networks can turn against their users. After all, it was the innovative approach of Facebook in the field of information gathering that made the social network an extremely convenient platform for businesses interested in marketing, advertising, and promoting their products and services.

Users of Facebook voluntarily provide information about their birthdays, residences, families, employment, and interests, backing up this data with personal photos, messages, and statuses. Moreover, the platform also collects and stores information about preferences, messages and calls, lists of friends, family and colleagues, a search history, and also knows exactly which media users read, which institutions they visit most often, and from what devices they enter the social network.

As the case with Cambridge Analytica shows, by having a detailed psychological portrait of each user, one can not only offer products and services but also influence the course of certain events.

In connection with this, many experts and players of the crypto market see the solution of the problem in decentralization. First, the blockchain platform provides users with complete control over who will use their personal data and how they will do that. Secondly, unlike centralized networks, where a huge amount of information is protected by a single system, the distributed ledger technology stores copies of the network on all users’ devices, which means that it is almost impossible to hack such a network.

As investment company RBC Capital Markets analyst Mitch Stevens said in an interview with CNBC, in the future, the need for such social networks as Facebook will disappear:

“Instead, you could just share that photo specifically with people, and then you’d be able to track it and make sure it’s not shared with someone who gets access to your information. You can 100 percent track all this stuff. I think that’s where we’re going long term.”

Stevens added that the blockchain would be able to help solve the transparency problem by creating a digital footprint for moving data.

For this reason, blockchain projects such as Diaspora, Scuttlebutt, and Hubzilla, which offer the same opportunities and services as traditional social networks, are increasingly popular on the crypto market, but they guarantee the protection of personal data and give users full control over them. Moreover, after the launch of the #DeleteFacebook campaign, the Mastodon decentralized social network saw record growth of users. In one day, from March 19 to March 20, about 5,800 new users were registered in the microblogging network. According to the project’s founder Eugene Rochko, in recent days, four times more users have signed up for the site than usual. Mastodon is open-source, its platform is decentralized, and the users of the microblogging network directly participate in the development of the project.

Nevertheless, despite the considerable advantages of the blockchain network, today they cannot serve as an absolute solution to the problem of storing and controlling access to personal data for a large number of users. After all, one of the key problems of blockchain is the problem of scalability, that is, the lack of an opportunity to increase network performance in proportion to its additional resources.

The growth in the number of users of any blockchain network will always be accompanied by an increase in the number of transactions in it, and this, in turn, will negatively affect the speed of the entire network. Today, Bitcoin users encounter such problems, where processing of a transaction can take from 10 minutes to several hours.

Many organizations, however, are already investing considerable resources in solving this problem. For example, the Ethereum Foundation, a nonprofit organization engaged in the development of Ethereum software, has directed $2.5 million to finance 13 projects that will address issues of scalability, security, and productivity and research on other aspects of the blockchain of the second-largest cryptocurrency. Also, the EOS blockchain, whose internal currency is the sixth by capitalization in the cryptocurrency market, will enable vertical and horizontal scaling of decentralized applications to make possible blockchain scalability for potential millions of transactions per second. And the Neo platform team is working on launching the Trinity project which seeks to implement a separate network for carrying out transactions “out of the blockchain” of Neo, thereby solving the scalability problem.

Why the Distinctive Features of Blockchain Are Going out of Fashion 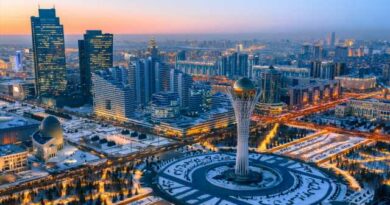