The companies who have associated their name with Blockchain technology are most popular nowadays and are earning huge profit. A few months ago, the company named “On-Line Plc” changed its name to “Online Blockchain PLC”, since then it has raised its profit to 200% within a week’s time. There is a tech-savvy company called Long Iceland Ice-Tea Corp which had increased its revenue by adding Blockchain Technology word to its name. Now it is “New Long Blockchain Corp”.

Blockchain Technology, due to its advanced features because of the capability to create tokens, develop smart deals and use of Turing Programming Language, can be used in many fields from Inventory management of goods to the complex situations such as alleviating social cause, from secure international transaction to control state elections.

Now, it is the time for video game industry to use the Blockchain Technology. People are mad at playing games. Using Blockchain Technology in creating games has given it a different aspect. Now players are playing with more zeal and enthusiasm. These kinds of games include earning tokens, raise a number of tokens and sell and transact to trade in Ethereum or any other cryptocurrency.

Merging the Blockchain Technology industry to the Gaming Industry has lead to a boost in terms of profit.  According to a survey, the Hollywood revenue in the year 2017 was $400B and the gaming industry profit was $100 billion and is expected to grow at the same pace in the coming years.

The cryptocurrency, based on Blockchain Technology, was made with the idea to cover the features that were missing in the first generation currency. The versatile Blockchain Technology, with its smart contracts, is now serving the Gaming Industry by having used in the gaming development. The combination has led to the unique gaming experience for the gamers along with quality, adoption and profitability.

We all have heard about Pokémon, in the year 2016 it became so popular and there are billions of people who have played this game across the world. Similarly, there is a game called Chain Monsters, in this gamers buy monsters roaming all around the world, train them, and make them fight with other monsters. This game is completely based on Ethereum Blockchain and it is 3d. The game is too attractive as it has real-time multiplayer, game world full experience and monster breeding and player customization and so on.

There are games for every kind of person. These games are 100% free from cheating. You can join the Blockchain gaming community today to have a different experience and to earn & deal in Ethereum. 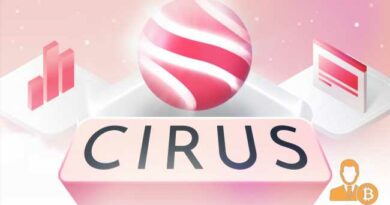 Facebook’s Blackout Exposes the Real Problem with Web 2.0 – Could Cirus Be the Solution?