Litecoin (LTC), after the release of the Litecoin Core v0.15.1, has been affected by the current dip that we’re experiencing as much as any other coin which makes it perfect for the investors that are looking for the best timing possible to enter the market.

I say this because the new release sure seems to be really positive for Litecoin (LTC), in fact this could be more exciting for Litecoin holders than LitePay, the new payment platform that would use Litecoin as the primary source for transactions, that was announced to launch on 26th of February by Charlie Lee.

Even though this release is announced as a minor update to fix bugs, add new features and improve performance, we must give our respects yet again to the Litecoin Foundation for always being active in development. Litecoin (LTC) continues to be one of the cryptocurrencies with the most developer activity which is a great sign for the future.

The major updates with the release of v0.15.1 were:

– Network safety measures were took to disconnect peers that do not provide the chain with work lesser than the minimun-chain-work, and ignore the blocks that have such characteristics, which prevents wasting node resources.

– The minimum relay fee has been reduced in order to drop the minimum transfer fee in the next release to 0.1 lites per kB (0.0001 LTC).

– Duplicated wallets no longer allowed, since there was previously the possibility of opening the same wallet twice using two core wallet windows which would cause some defects.

When we realize that blockchain technology and cryptocurrencies are here to stay we must be aware that the software must be in mint shape, or else people will lose faith in it. The Litecoin Foundation does not look like they’re satisfied with their results yet, even though they have been around almost since the start, which is a great sign.

What works in favor of Litecoin more than any other coin

To me, what really works in favor of Litecoin (LTC) is their community. There is no project with the social media coverage that Litecoin has, which in terms of marketing is great. Once this marketing takes effect it then translates into mainstream adoption, in fact, Litecoin (LTC) was one of the first to reach the ATH (All Time High) which shows that once the new money started flowing in, Litecoin (LTC) was the first bet.

Just recently Charlie Lee, Litecoin’s founder and praised spokesman, did a live podcast with poker legend Doug Polk, and this happened just yesterday. Charlie Lee is a legend for Litecoin’s fans and is one of the most active persons on social media in all the cryptoverse.

Doug Polk is also a youtuber and has millions of views in his videos which means that crypto is finally getting the attention we all craved.

In addition to that, if you go to the Litecoin subreddit you’ll see something that is unusual amongst other subreddits which is the constant posts claiming that their business is accepting Litecoin which means that Litecoin (LTC) fans are the ones that most push towards real life applications and mass adoption.

Oracle will host what they call a Blockchain Roundtable were discussions take place in order to place blockchain in the tech world and an amazing stat forecast will be discussed, which was pronounced at the World Economic Forum.

Right now the market is experiencing another dip which to me is fine, since in reality it represents another opportunity to buy your favorite coins at a discount. With that said, it may very well be the last time you see Litecoin (LTC) under $ 200 USD. 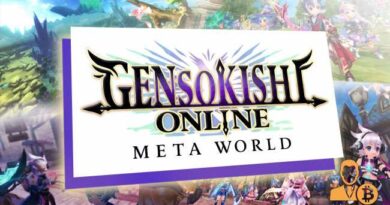 Genso Kishi Online Metaworld is Reinventing Elemental Knights Online, which had over 8 Million Fans, Aims to be a Major Metaverse and GameFi player