Home » Blockchain » Large Glassware Plant in Siberia to Mine Bitcoin

The largest glass manufacturing plant in Siberia may soon start minting bitcoins. The management of the factory in Novosibirsk announced plans to invest in a mining farm. 11 million rubles will be spent in the first phase of the project to utilize surplus electricity and make use of empty spaces.

The city of Novosibirsk is home to one of the largest glassware factories in Russia – Ekran. It started as an electronics manufacturing facility in the USSR. In the ‘90s the plant survived by switching to glass production. A couple of years ago, an industrial park with the same name was set up on its premises. Almost 200 enterprises currently based there employ close to 3,000 people. However, there are still some unoccupied spaces and unused resources in the 27ha area of the factory. The park’s management has a good idea how to make use of them.

An empty workshop and surplus electrical capacity will be used in the mining operation. The initial investment amounts to 11 million rubles (almost $200,000), the president of Ekran’s Board of Directors told Tass. The second floor of the main factory building, which is unoccupied, will house the mining equipment, Pavel Boboshik explained.

“We are going to build there a farm for mining bitcoin and other popular cryptocurrencies. We are ready to spend 11 million rubles on it”, he said. If the project is approved by the Board, the mining facility will be operational by the end of the year, Boboshik added.

Ekran is one of the largest glassware factories in the Russian Federation. It has produced almost 460,000 glass jars and bottles in 2017.

Siberia accounts for more than two thirds of Russia’s land territory. Extremes of all sorts are its trademark, especially when it comes to climate conditions. Siberia is a very cold place, but also extraordinarily rich with minerals and natural resources. That means cheap and abundant energy.

Electricity rates in Novosibirsk, for example, can go down to 3-4 cents per kWh for some consumers and areas. The city, like many others in Siberia, has become an attractive destination for cryptocurrency miners. Adds offering low-rent offices and warehouses to mining companies can be found in the local press. Crypto mining needs a lot of energy and generates much heat. The powerful application-specific circuits used in processing bitcoin transactions, consume enormous amount of electricity and need some serious cooling. Cold climate and cheap electricity are two factors that can increase the profitability of mining operations considerably. Siberia offers both.

Last month Russia’s Deputy Energy Minister Vyacheslav Kravchenko expressed his department’s positive attitude towards cryptocurrency mining in Siberia and urged miners to invest there. Russian energy companies have already offered their services to crypto miners, as news.Bitcoin.com reported. Heat generated by mining equipment has been utilized to warm homes during the long and cold Siberian winters. The leading manufacturer of mining equipment Bitmain has recently opened a service center in Irkutsk.

Do you think large crypto mining operations will relocate to Siberia in the near future? Tell us in the comments section below.

Bitcoin News is growing fast. To reach our global audience, send us a news tip or submit a press release. Let’s work together to help inform the citizens of Earth (and beyond) about this new, important and amazing information network that is Bitcoin.

XRP To See Some Salvation In February – Or Will It? 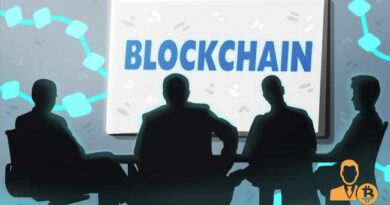 How to Raise Funds for Your Business using Blockchain Technology