The Cost to Mine a Single BTC Throughout 115 Different Countries

Many people are very interested in how cryptocurrency networks function, and a lot of people are especially curious about bitcoin mining as far as cost and where concentrations of miners reside. So the company Elitefixtures.com decided to conduct a study which mapped the cost to mine one single BTC throughout a vast majority of countries located within the globe. Elite looked at data across 115 different countries based on average electricity rates found in government data.

Elite then used the statistics from the Bitmain produced Antminer S7, the S9, and Canaan Creative’s Avalon 6. Then the firm calculated the number of days it would take to mine a single coin based on BTC difficulty throughout January of 2018. The Elite research team measured the cost of electricity and amount of power needed to produce one coin. According to the firm’s study, a single Antminer S9 consuming 17,773.344 kilowatts would need to mine for 548 days at peak performance to mine a single BTC. Canaan’s Avalon 6 would take 2194 days to produce one coin Elite details. South Korea and Other Regions Show Mining BTC is Unsustainable

The company’s research reveals some interesting statistics on the most expensive and cheapest nation states to mine BTC. South Korea is the most expensive according to Elite’s figures as one single coin would cost $26,170 using the country’s power rates. Other areas in the world where it is really too expensive to mine bitcoins includes Solomon Island, Niue, Bahrain, and the Cook Islands. Venezuela is the cheapest country to mine a BTC ($531 USD per coin) alongside countries with a lot of government subsidization for electricity resources. China is the 17th cheapest nation-state as it only costs 3,172 USD to mine a single bitcoin there. Other countries where the cost is super low for bitcoin miners to produce coins include Ukraine, Myanmar, Tobago, Uzbekistan, and Trinidad. Russian mining is cheap according to Elite’s data as it costs $4,675 to mine a single coin in Russia. Just a hair above that is the U.S. the 41st cheapest region to mine BTC with an average of $4,758 per coin. But some states in the U.S. are much cheaper to mine BTC like the cheapest state Louisiana which costs $3,224. However, in Hawaii its $9,483 per coin to mine BTC on the island. It goes to show there are definitely regions across the globe where it’s very cheap to mine BTC but on the other hand there are areas where it’s not sustainable at all. With these types of metrics, its likely cheaper areas around the world will continue to see large concentrations of miners unless their government doesn’t approve the activity.

What do you think about Elite Fixture’s study? How much does it cost to mine a single BTC in your country? Let us know in the comments below. 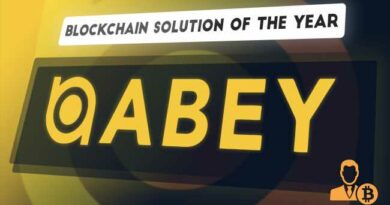 Chorus One to Build Interoperability Bridge Between Celo and Cosmos