For the first time in history, a Presidential election has been held using blockchain technology.

In Sierra Leone, the ballots were cast in the presidential election, between 16 candidates. But, behind the scenes, the blockchain voting startup Agora was responsible for keeping the votes tallied.

The process was behind this was simple enough. Swiss startup Agora used their private permissioned blockchain, which is a blockchain that only allows specific users, i.e., the voting computer to create nodes on it. This was overseen by Agora and then transmitted to officials who are trusted to ensure the democracy is running as intended.

Sierra Leone’s blockchain-powered election is just a first step into a much larger plan to use this tech on more elections around the world. Think of this as the first official proof of concept to create a truly unbiased and decentralized democratic process. Agora is already speaking to other countries about using this tech on future elections and will eventually cut out paper ballots, instead utilizing personal electronic devices.

Specifically, governments are interested in this technology because it can help eliminate fraud, but it also cuts down on the debate that surrounds heated elections. The most recent US presidential election is still dealing with the wake of potential fraud and misrepresented voters and most likely will until this term is over or even longer. If the blockchain can overcome this sort of damaging election issues, expect countries to jump on it quickly.

The issues plaguing voting was exactly the reason Sierra Leone was chosen to be the first implementation of this new way of counting votes as in previous years the country has been notorious for having corrupt elections go through.

To say this went off completely without a hitch is not entirely correct. A total of 17,745 sealed voting boxes were used in this election, and 37 of them did exhibit problems. Beyond that, there were a number of violent incidents that occurred in the time leading up to the election, as well as other difficulties that have cropped up surrounding the proceedings.

Still, this extra layer of transparency may go a long way as all the records were put into a permissioned (or private) blockchain, with organizations like the Agora, the Red Cross, École Polytechnique Fédérale de Lausanne (EPFL), and the University of Freiburg validating the blockchain transactions. However, like a public blockchain system like bitcoin, the data is available to the public. Now the tools are available for the citizens-at-large to be able to audit the election themselves, instead of relying on potentially biased party members and hearsay to make the claims for them.

Blockchain technology has a long way to go before it is proven to be the best way for a democracy to proceed, but there is some inspiration in knowing that countries with such difficulties as Sierra Leone now have a new way to ensure their government is working for them.

You can view the preliminary results of Sierra Leone’s blockchain-powered election here. 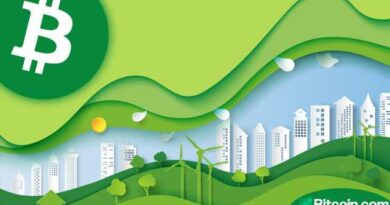