Puerto Rico’s Department of Economic Development and Commerce (DDEC) will be forming an advisory council to promote Blockchain use for businesses in the country, local news outlet El Nuevo Dîa reported Thursday, March 15.

Department secretary Manuel Laboy, announced the creation of the council during the Blockchain Unbound conference that took place in San Juan, Puerto Rico this week from March 14-16.

Cointelegraph recently published an Expert Take on Puerto Rico as a

due to the potential to sell crypto holdings without paying any taxes.

The Blockchain advisory council will be made up of members of both the private and public sector, including Chief Information Officer of the Government of Puerto Rico Luis Arocho, Commissioner of Financial Institutions George Joyner, and Secretary of Treasury Raúl Maldonado for the public sector.

The private sector side will include

several investors, entrepreneurs, and Blockchain technology experts who have moved to Puerto Rico in recent months, as well as industry leaders from the United States,

according to the DDEC.

The council will allegedly act

unofficially as a kind of filter

to determine with projects will help solve legitimate needs on the island with Blockchain, as opposed to companies that just mention Blockchain because of the term’s rising popularity, an unnamed source told El Nuevo Día:

[Blockchain] is becoming a ‘catchphrase in the same way that many companies were previously mentioning ‘cloud’ solutions […] the government is very careful about which projects to support.

Companies that have changed their names to include the word

have seen their shares skyrocket, one company reporting an increase of 400 percent. US regulators have promised to address the issue of not true

companies making a profit from the name recognition alone. 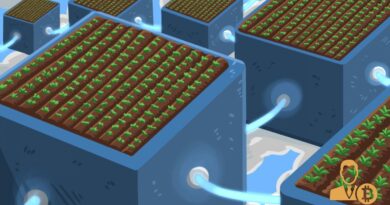 Farmers Turn to Tokenized Assets in Argentina Amid Tumbling Peso