According to the latest reports coming from South Korea, Kakao Corp. – the operator of the country’s most popular messaging app KakaoTalk is formulating plans to launch a blockchain subsidiary tentatively dubbed as ‘Kakao Blockchain’ and will focus on developing several blockchain solutions.

Currently, the company’s business plans or the direction of focus remains under the wrap but as reported by The Huffington Post Korea, the company will detail its plan and concrete roadmap during a press-conference scheduled on March 20th, ahead this month.

Another Korean publication MT has also mentioned that the formation of the blockchain subsidiary by Kakao Corp also has plans to enter the crypto space by launching its cryptocurrency ‘Kakao Coin’ via having an Initial Coin Offering (ICO). However, one of the major hurdles Kakao will have to face is that its own country – South Korea – has banned the operations of ICO last year in September 2017. The report mentions that in order to meet its plans, the messaging giant is also planning for overseas jurisdictions, most probably Singapore and Hong Kong in particular.

As per the estimated plans, the Kakao Coin is supposed to be used as a native currency on company’s other services and apps platforms like Kakao Games, Kakao Driver and KakaoTalk. This means that the Kakao Coin will act as a direct substitute to fiat deposits on these platforms.

Apart from KakaoTalk, the Kakao Group also has its own mobile payment subsidiary known as KakaoPay wherein the company can use its own native cryptocurrency as a payment for availing services across company’s other applications, products and services being sold.

Both the KakaoTalk and KakaoPay subsidiaries of the company are having more than 90% penetration in the messaging and fintech markets of South Korea. Moreover, note that this is not the first time the company is planning to venture into the crypto space. Kakao Corp is quite familiar with the cryptocurrency in a way that it has already launched the popular UpBit cryptocurrency exchange in South Korea. The exchange has listed over 110 digital tokens at the moment.

With the growing popularity of Blockchain technology, which has a completely decentralized nature of functioning, has turned heads of several big tech giants who are currently weighing options to slowly adopt this technology. Earlier this year. social media mogul Mark Zuckerberg announced that he will be studying the blockchain technology underpinning cryptocurrencies.

Moreover, the plans by Kakao Group sound quite similar to those of another messaging giant ‘Telegram’ who is also planning something big ahead this year in the blockchain and the cryptocurrency space. As per the details available till now, Telegram is working on establishing an Ethereum-like blockchain called the Telegram Open Network (TON).

Telegram’s blockchain network with host the company’s own native cryptocurrency ‘Gram’ along with the range of other applications and services which is supposed to be much bigger in the capacity as compared to Ethereum’s blockchain.

In order to make it project go live, Telegram is supposedly planning for the public sale of its tokens through a billion-dollar ICO in plans. Reports are that the tech giant has already raised $850 million in its first pre-sale. There are also reports that the company has secretly conducted another pre-sale round and the amount has now crossed way above $1 billion in the pre-sale round. 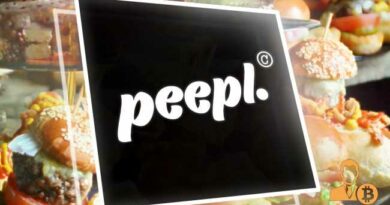 Blockchain: The Potential For Disrupting Beyond Business And Finance