Stellar CTO and co-founder, as well as Mt. Gox creator, Jed McCaleb told CNBC March 21 about his vision for a singular global payments system – one that will crucially involve Blockchain technology.

Stellar, which like Ripple is a Blockchain-powered international remittance setup with its own cryptocurrency, is currently attempting to create such a network.

“In the future, I think it's pretty clear to me there will be a universal payments network that will operate,” McCaleb said.

While the solution he sees might not necessarily have Bitcoin or Ethereum at its heart, it would involve a “public ledger that people can see and can't change arbitrarily.”

A halfway house situation may evolve, facilitating continued use of fiat currencies via Blockchain, letting people “use things they're used to, like dollars and euros,” he adds.

McCaleb’s comments come as more and more legacy financial institutions reveal they are considering both Stellar and Ripple as a major shake-up of their remittance models. Ripple is currently due to be implemented on a commercial basis by South Korean Woori Bank later this year.

In future, it may not just be payments, but traditional assets such as stocks that go digital using Blockchain tech, McCaleb meanwhile said, the change potentially occurring before 2028:

“In the next 10 years I wouldn't be surprised if all equity isn't tokenized on some blockchain somewhere.”

Today, March 21, Twitter and Square CEO Jack Dorsey went further than McCaleb in terms of specificity, making his own prediction for the future of Blockchain and crypto. Dorsey said he sees Bitcoin in particular becoming the world’s “singular” currency within the same timeframe. 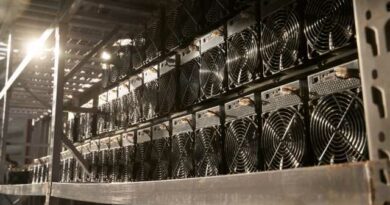