Home » Business And Finance » Airdrop: Another Source of Free Cryptos

There are several quite effective ways of getting cryptocurrencies without trading, mining, or investing. The simplest of these is the airdrop. We looked at how this method works to promote blockchain projects, which has nothing to do with Apple’s technology for transferring files over Wi-Fi or Bluetooth.

What an Airdrop Is

The term airdrop means the discharge of cargo from the air or by airborne delivery. The developers chose it because, during the airdrop, the participants are “dumped” cargo in the form of free tokens for the promotion and dissemination of information about new projects. Often, this method is used before the launch of an ICO campaign to promote a new platform, application, program, or cryptocurrency that is not yet available on exchanges.

Airdrop is a one-time distribution of coins to those members of the crypto community who perform certain actions or fit certain criteria. For example, developers can send coins to those who make a repost from their official pages on social networks or are the holders of a certain cryptocurrency. In exchange, those wishing to receive free cryptocurrency are becoming a means for the instantaneous dissemination of information over the network.

Airdrop is similar in many ways to bounty campaigns that are launched during the ICO stage of various projects. Bounties, however, are aimed at promoting the fundraising event, while the ultimate goal of airdrops is the advertisement of a particular coin that is part of a new project, platform, or application.

There are several types of airdrops, during which one can get coins for free:

Automatic airdrop is when holders of certain cryptocurrencies receive new coins, which appeared as a result of the hard fork of a network. The main condition for obtaining such coins is the presence of a wallet that supports new coins. For example, Bitcoin holders automatically received Bitcoin Cash as a result of the Bitcoin network’s fork.

Promotional airdrop is an award for certain activities that help in the spread of information about the project. Such actions can be advertising on social networks or the BitcoinTalk forum, publishing articles in blogs and on news resources and mailing lists, creating groups on social networks, etc.

How to Get a Cryptocurrency through an Airdrop

Despite the fact that each project has its own conditions for distributing coins through an airdrop, in most cases, it is a fairly simple process. Unlike bounty campaigns, where participants need things such as bug searches, logo designs, whitepaper translations to other languages, and so on, for airdrops it is sometimes enough to just follow the official Telegram channel of the project, fill in a Google Docs form with personal data, and send the address of the wallet to which free coins will be transferred. Thus, to participate in airdrop campaigns, one will need:

An e-mail address. It is desirable to use a new one or one which the exchanges and wallets are not tied to.

It should be noted that for publications on social networks and other platforms, the number of free coins will grow. And the coins can be immediately sold on the exchanges on which they are listed, or kept, hoping that after the launch of the project, they will grow in price.

Using the example of the Waves platform, which held the distribution of Bitcoin Cash on February 22, we will describe how WCT holders managed to get their cryptocurrency in two simple steps. To do this, users needed to:

Create a Waves account that contained the letters “B,” “C,” and “H”;

Transfer the existing WCT tokens to the created address.

The distribution amount of Bitcoin Cash was proportional to the amount of WCT in the wallet. Moreover, if the new address contained “B,” “C,” and “H” (BCH) in sequential order, then users received a double payment. By the way, the platform conducts weekly airdrops of various cryptocurrencies.

Where to Find Information about Upcoming Airdrops

Most new projects use sites such as BitcoinTalk, Reddit, and Quora to spread information about themselves and their upcoming airdrops. Also, a number of accounts on Twitter regularly publish this information:

Airdrop is one of the easiest ways to get free cryptocurrencies; however, it has significant drawbacks. For example, for incentive airdrops, developers can require that a page on a social network has a certain number of subscribers or followers. Participants with 1,000 and 100,000 followers receive a different number of coins.

Also, it should be remembered that not all projects launching airdrops will be successful, which means that there are no guarantees that the time spent on studying conditions and promoting the project will be compensated by coins. Keep in mind that this method is often used by scammers to get information about cryptocurrency wallets and accounts of other participants. Therefore, you should never share your private key, send cryptocurrencies for promises to receive a bonus, and announce the balance of your wallet. This information will be requested only by scammers. 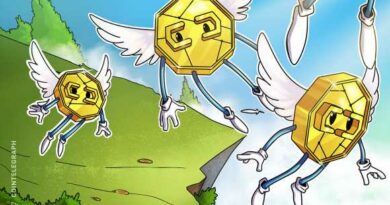 This Weekly Level Will Be Pivotal For Bitcoin Moving Forward