Trading and technology house Susquehanna has reduced its outlook for AMD shares, from neutral to negative, as Bitmain readies for a launch of a new ASIC geared to mine Ethereum. Based on a massive rollout of Ether ASIC gear, the company is predicting a dip in revenues for AMD, whose graphics cards have been the default mining technology thus far.

Nvidia, another graphics card supplier, has also been down-rated from a previous price forecast of $215 for Nvidia shares, to $200.

Facing the mass production of application-specific integrated chips (ASICs) designed to mine Ethereum, the Wall Street outfit Susquehanna has predicted that AMD and Nvidia will begin to suffer a loss of market share and revenue as Bitmain’s hi-tech, specialized virtual currency mining chips land on shop floors during 2018.

Citing impending competition if not an outright usurping of the current players’ status, Christopher Rolland, a Susquehanna analyst, issued a brief to clients on March 26, 2018, outlining the company’s sentiment.  In the brief, he stated:

“During our travels through Asia last week, we confirmed that Bitmain has already developed an ASIC for mining Ethereum, and is readying the supply chain for shipments in 2Q18.”

Rolland continued, “While Bitmain is likely to be the largest ASIC vendor (currently 70-80 percent of Bitcoin mining ASICs) and the first to market with this product, we have learned of at least three other companies working on Ethereum ASICs, all at various stages of development.”

With a rise over 800 percent over the last 12 months, Ethereum’s ether is drawing attention from mining suppliers who are gearing their products to enable the currency’s mining community. Reports indicate that the ASICs would be anywhere between two to four times more effective than GPU rigs.

Typically, miners employ graphics cards based on Nvidia and AMD chips to mine fresh coins. Any innovation that enables faster and more powerful mining is quickly assimilated as the new standard, and Susquehanna predicts a slump in the two companies’ fortunes post the Bitmain release. Bitmain dominates ASIC supply centered on Bitcoin, as their mining rigs are simply more profitable mining tools than either the Nvidia or AMD chips.

Bernstein is on record as saying that Bitmain’s revenues likely equaled those of Nvidia for 2017. There is broad consensus among analysts that Bitmain has a single focus, and that the majority of its income is derived from selling mining rigs containing the company’s chips.

Gamers Happy, Parent Companies Are Not

With the advent of digital coin mining, gamers the world over have been shorted on graphics cards, generating discontent in that fraternity. Now that Bitmain is set to dominate a new arena, gamers will most likely breath a sigh of relief, but AMD and Nvidia must know that they are about to lose pole position.

Rolland expressed his belief that the ether chip offering from Bitmain will dampen demand for PC graphics cards. He further estimated that Ethereum mining-related card sales accounted for around ten percent of AMD’s revenue and about 20 of Nvidia’s income.

Because of the looming competition, Rolland lowered his price target for AMD shares from $13 to $7.50, a 29 percent drop from Friday’s close, March 23, 2018. Although Rolland dipped his forecast for Nvidia too, he stopped short of downgrading the company. In Rolland’s opinion, “Nvidia has a stronger and more durable gaming franchise which would help it work through this potential Ethereum-related unwind,” he wrote.

While Nvidia was spared the downgrade, in Rolland’s opinion, AMD lacks the business aspects that will spare Nvidia the worst blows and was moved from neutral to negative. On Monday, March 26, 2018, AMD shares dropped 1.79 percent, as Nvidia’s stock went up 4.94 percent.

Vitalik: “This is Pathetic”

While Monero is changing their Proof of Work (PoW) in response to the recently revealed Cryptonite miners from Bitmain, it is not clear what reaction we will see from the Ethereum community. Ethereum plans to transition to Proof of Stake within the next year or so, with Casper. Even if Ethereum did counteract Bitmain’s ASICs with a PoW modification, those who plan to purchase the ASICs could still mine Ethereum Classic.

Around one month ago, Ethereum co-founder Vitalik Buterin commented on the Bitmain ASICs, saying that the savings from implementing the devices are very small, “This is pathetic. So all in all, maybe a 2x improvement … after 6-9 more months of Moore’s law.” Nevertheless, small miners are concerned about being outmuscled due to the introduction of Bitmain’s specialized miners.

Moonbeam Upgraded Their Structure to Onboard Ethereum Developers 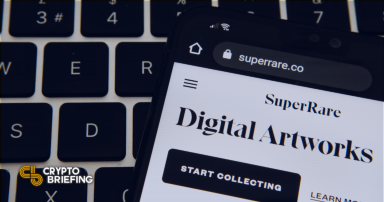