Bitcoin has continued to explode higher in the face of a strong drop in the U.S. dollar as the election continues. The price of the leading cryptocurrency has reached $14,500 for the first time since January 2018, in a massive win for bulls. BTC is up 6.8% in the past 24 hours, as is Ethereum and a number of other altcoins.

Analysts think that Bitcoin’s gains will continue to extend to the upside despite uncertainty about the election.

A historically accurate trader shared the chart seen below amid the move higher. It shows that BTC is trading in an Elliot Wave breakout to the upside, which should take Bitcoin to $15,000 in the coming 24 to 48 hours. BTC rallying to $15,000 from current levels is only another 3.4% of upside, exactly half of the gains incurred today. 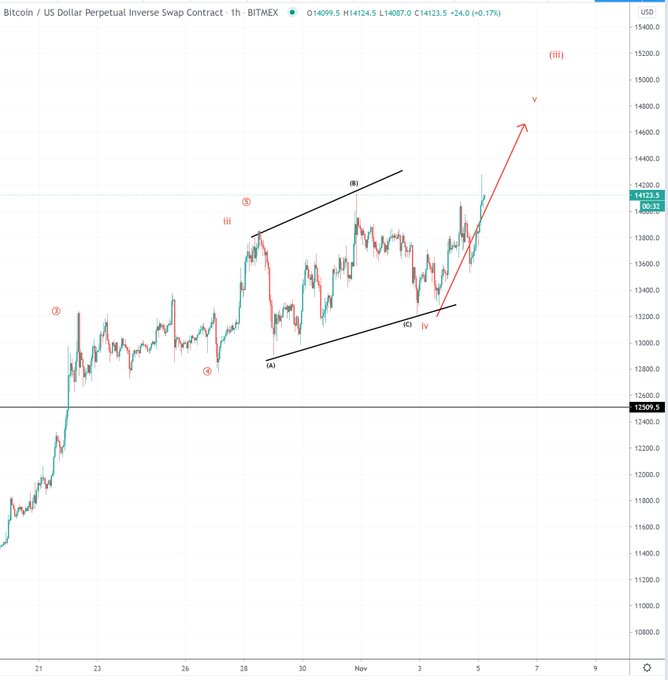 The analyst that shared the chart seen above is the same one that in the middle of 2018 predicted that Bitcoin would hit $3,200 at the lows. BTC bottomed at $3,150 six months after he made his prediction.

Supporting the bull case, global markets are expected to perform well in the wake of the U.S. presidential election.

Bitcoin will likely benefit if these capital flows take place once again. While a safe haven asset, Bitcoin is still seen as a “risk-on” asset by some due to its volatility and early-stage nature. 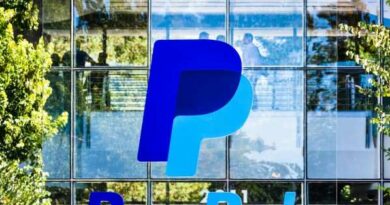