Businesses around the world continue to adopt bitcoin cash (BCH) and in 2020 merchant acceptance continues to grow. Tallying up all the companies that accept BCH listed on sites like Green Pages, Map.Bitcoin.com, Acceptbitcoin.cash, and Anypay shows there’s more than 4,300 BCH supporting merchants worldwide.

Also Read: Ethereum vs Tron: Comparing Data, Defi and Stablecoins from Both Chains After Viral Tweet

For over two and a half years, BCH proponents have been relentlessly promoting merchant adoption throughout the world. On Sunday the aggregate total of all merchants that accept BCH is approximately 4,392. Websites that display merchant data include Acceptbitcoin.cash, Green Pages, Anypay, and Map.Bitcoin.com. This week, according to the Reddit user u/neonwasteland, 53 new merchants were added. The Reddit account updates the BCH community every week with an adoption thread called “Merchant Monday – Because Bitcoin was meant to be spent.” Neonwasteland obtained merchant data from three different websites and explained that Acceptbitcoin.cash has approximately 1,140 online merchants listed. Map.Bitcoin.com (formally Marco Coino) indicates there are 1,894 brick-and-mortar merchants, “which is 52 more than last week,” Neonwasteland noted. “You can find 1,203 merchants of all types on Green Pages, which is one more than last week,” the BCH enthusiast remarked. Further, after tallying up all the merchants from the three sites and adding the 155 Anypay merchants worldwide, there’s around 4,392 bitcoin cash accepting merchants. With the payment processor Bitpay’s merchant list, the aggregate number grows even larger.

Map.Bitcoin.com’s merchant directory shows there are large concentrations of BCH merchants in certain regions around the globe. The U.S. and South America capture around 716 BCH-accepting brick-and-mortar businesses. With Gocrypto locations swarming Croatia and Slovenia, Map.Bitcoin.com indicates there’s more than 505 BCH-accepting merchants between both regions. Gocrypto has around 620 locations to date and people can make purchases via the Bitcoin.com Wallet and Elly app. Another dense region of BCH acceptance includes Australia and the upper region of North Queensland as there’s around 208 merchants in the whole country. Another country with a bunch of bitcoin cash retail acceptance in Japan with roughly 90 merchants according to Map.Bitcoin.com.

For BCH supporters, 2020’s goals are no different than the years prior and spreading merchant adoption is very important to community members. The libertarian enclave and “crypto mecca” in Keene continues to spread crypto adoption as well, as Ian Freeman from Free Talk Live told the BCH community that Keene’s merchant acceptance is growing robust. Keene has a high concentration of crypto acceptance per-capita and merchants accept coins like dash and bitcoin cash via the Anypay payment processor.

On Friday, Free Talk Live cohost Freeman wrote: “The Keene area now has three additional local businesses that are accepting cryptocurrency for their services [and] all three are mobile businesses and will travel to their customers. [The businesses] were all added to the local Coinmap in the last month.” The Keene resident added:

That brings the already very high concentration of businesses accepting crypto to an all-new level, keeping Keene in the top tier of cities globally that are high in crypto-acceptance-per-capita.

Overall, BCH supporters are pleased with the level of adoption that’s taking place and many believe there is much more to come throughout the year. For instance, George Donnelly from the BCH LATM initiative plans to leverage BCH to create a “viral/feedback-loop mass adoption system.” Other Bitcoin Cash supporters are using Simple Ledger Protocol (SLP) tokens as well to promote onchain use and BCH adoption in general. With BCH adoption continuing to grow during the first month of 2020 it should be interesting to see how many merchants are onboarded by the year’s end.

Disclaimer: This article is for informational purposes only. It is not an offer or solicitation of an offer to buy or sell, or a recommendation, endorsement, or sponsorship of any products, services, or companies. Bitcoin.com does not provide investment, tax, legal, or accounting advice. Neither the company nor the author is responsible, directly or indirectly, for any damage or loss caused or alleged to be caused by or in connection with the use of or reliance on any content, goods or services mentioned in this article.

Did you know Bitcoin.com offers a slew of merchants solutions for online retailers to brick-and-mortar shops? Check out the web portal bitcoin.com/merchant-solutions and start accepting bitcoin cash (BCH) today. 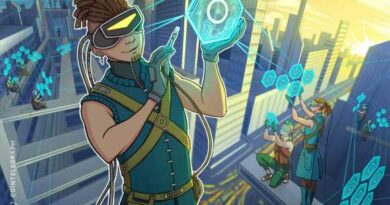