Another $10 million has been allocated for future bounties.

Last week, an unknown group of hackers infiltrated some accounts on cryptocurrency exchange Binance and used their funds to pump up a little known coin called ViaCoin (VIA). Despite the hackers actually walking away with a loss instead of a profit after the suspicious transactions were reversed, the hack stirred up more rumour than what it actually was and has even been blamed by some for the cryptocurrency market drop.

In a release, the exchange—which holds the second place in terms of trade volume globally, has announced that they are giving a $250,000 reward for the first person to provide substantial information that will lead to the legal arrest of the hackers.

“To ensure a safe crypto community, we can’t simply play defense. We need to actively prevent any instances of hacking before they occur, as well as follow through after-the-fact. Even though the hacking attempt against Binance on March 7th was not successful, it was clear it was a large-scale, organized effort. This needs to be addressed,” they wrote.

The recent hack was blamed on third party apps, particularly a compromised trading bot as well as phishing scams. ViaCoin, on the other hand, denies any involvement in hack and pump, and said in a series of Tweets that they have offered Binance their technical support.

In addition to the $250,000 bounty for last week’s hack, the exchange is also allocating $10 million in cryptocurrencies for rewards in case more hacks happen in the future.

“Furthermore, Binance has currently allocated the equivalent of $10,000,000 USD in crypto reserves for future bounty awards against any illegal hacking attempts on Binance. We have also invited other exchanges and crypto businesses to join our initiative. We welcome their participation at any time,” they added.

The bounty system could possibly deter future hacks: last year, after Coindash hinted at launching an investigation to pinpoint the culprit (or culprits) behind the 37,000 ETH hack instigated against them last year, the hacker started returning the stolen funds. Shortly after their announcement, the hacker sent back 10,000 ETH, and another 20,000 ETH was returned last month. The remaining 7,000 ETH has yet to be heard of.

And with authorities and independent investigators starting to get in on tracking stolen funds such as that of Mt Gox’s, an arrest may not be that far off. 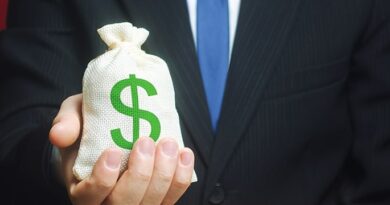