Binance announced Tuesday that it is launching a public blockchain to facilitate the creation of a new decentralized exchange.

The cryptocurrency exchange said the move forms part of a plan to transition from “a company to a community” by developing its new  Binance Chain, which will be used to transfer or trade different blockchain assets. In addition, the company announced it would essentially shift its Binance Coin (BNB) to its own native blockchain (right now the coin is an ERC20 token that runs on the ethereum network). However, it’s unclear if there will be some kind of token swap for users who hold the exchange’s ERC-20-based token.

The token, in turn, would be the basis for a blockchain-based asset exchange, an option that would exist alongside Binance’s more centralized offerings.

The exchange said in a statement:

“We believe significant improvements can be made in providing Binance users with a level of trading experience to which they are already accustomed. Centralized and Decentralized exchanges will co-exist in the near future, complementing each other, while also having interdependence.”

The news comes a day after Binance announced a bounty program to track down the attackers who recently attempted to steal funds from the exchange’s users. Binance said it had allocated $250,000 worth of its BNB token for the first person who shares information leading to the arrest of the attackers.

As might be expected, the price of the exchange’s BNB token is up more than 20 percent on the news, according to data by CoinMarketCap. While it traded sideways at roughly $8 for the last several days, it reached a peak of nearly $10 in the last two hours. As of press time, BNB is trading at about $9.70 per token. 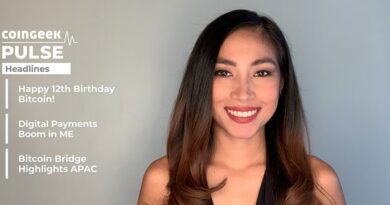 Bitcoin DeFi May Be Unstoppable, What Does It Look Like?