A new wave of buying sentiment pushed the bitcoin price above $9,500 for the first time in more than a week.

The benchmark cryptocurrency hit $9,625 ahead of the New York opening bell Thursday. The move uphill appeared alongside early morning gains in the top Wall Street indices. The benchmark S&P 5oo, for instance, rose 3.29 percent on optimism over the easing lockdown measures in the U.S. 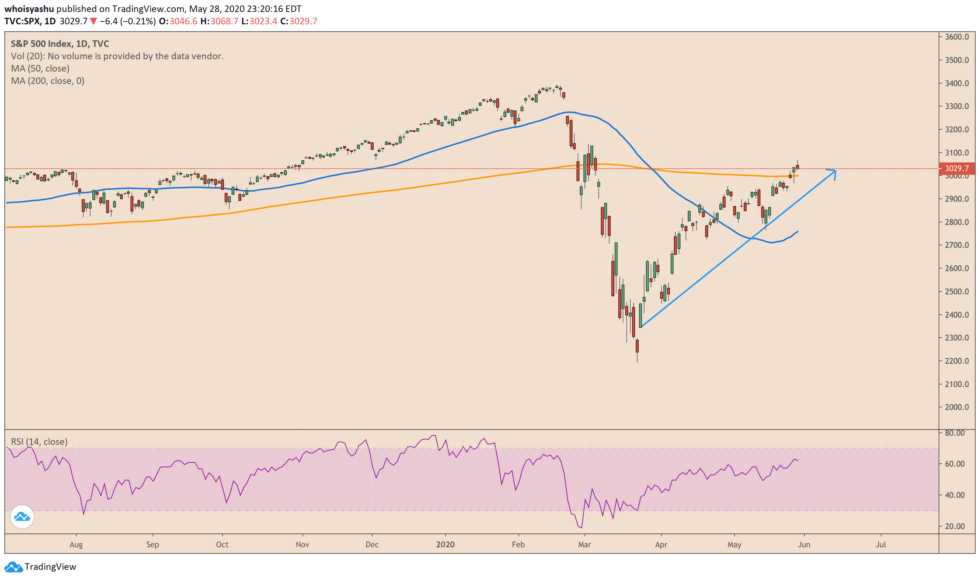 Nevertheless, the index erased gains in the last hour of trading after President Donald Trump announced that he would hold a press conference about China on Friday. The statement entered wire after Beijing approved the proposal to introduce a new national security law in Hong Kong.

But the news didn’t shake Bitcoin. The cryptocurrency, which was almost moving in tandem with the S&P 500 since March 2020, maintained gains above $9,500, a crucial support level.

Bitcoin’s latest upside move raised its possibility of retesting $10,000 as its next upside target. 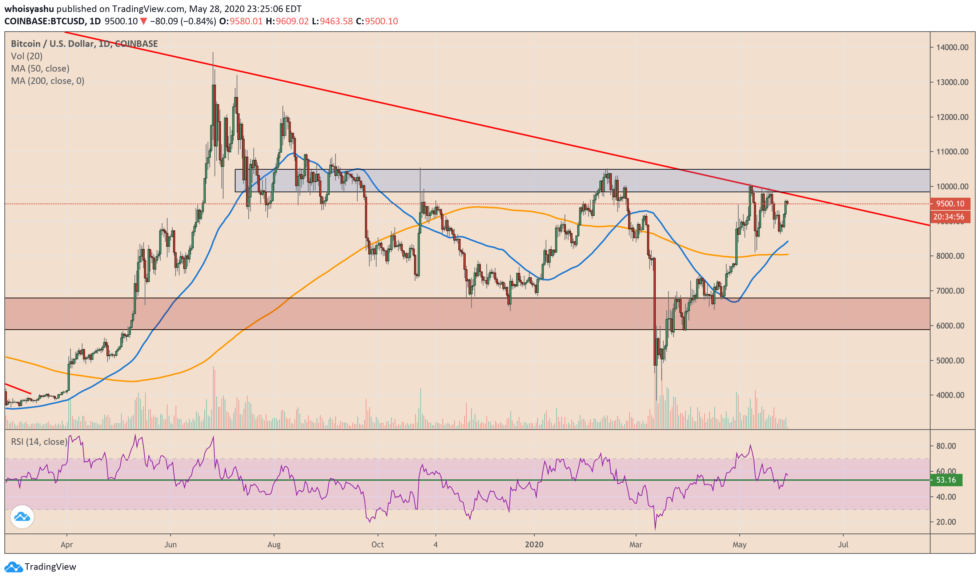 The cryptocurrency maintained a price floor above $9,500 after stocks fell, verifying a short-term break from their correlation. The escalating rift between the U.S. and China spoiled risk-on mood and raised demand for safe-havens.

The sentiment prompted them to seek safety in perceived safe-havens, benefiting both crypto and yellow metal.

Depending on what Trump says in his press conference on Friday leaves both Bitcoin and Gold in a conflicted bias area. In the Bitcoin market, particularly, traders could profit-take the latest rally. The move could lead the cryptocurrency to lower below $9,500.

Meanwhile, if Trump decides to move forward with its proposal to remove Hong Kong’s special trade status – or, for worse, impose sanctions against China, then it could prompt Bitcoin bulls to retarget $10,000 over the weekend session.

Even a move towards $10,000 would keep Bitcoin bulls from extending it any further, according to their recent behavior around the level.

Traders continue to sell-off the said top, which also coincides with a 2.5-year-old Descending Trendline (the red line). Since May 6, they have made a total of eight attempts at breaking bullish over $10,000 but failed every time. One of the bearish pullbacks took the bitcoin price towards $8,700.

That said, Bitcoin continues to trade forward in a bias-conflict zone. If it breaks above $10,000, then a rally towards $11,500 looks achievable. Else, a revisit to $8,700, followed by an extended breakdown towards $8,000 looks more likely.

Crypto Is at a Critical Turning Point: 3 Factors Why Bulls Will Hold Strong