Home » Business And Finance » Bitfinex in talks to move business to Switzerland: report

Bitfinex, the fifth largest cryptocurrency trading exchange platform, is reportedly planning to cut its relations with Asia and move its offices to Switzerland.

News of Bitfinex moving to Switzerland was first reported by Handelszeitung. In an interview with the Swiss news outlet, CEO Jean Louis van der Velde said the Hong Kong-based trading exchange and its parent company, iFinex, are “looking for a new domicile,” where they can “merge the operations previously spread over several locations.”

Bitfinex already had several meetings with the top leader of Switzerland to solidify its move to the country, according to the report. The meetings were to ensure Bitfinex follows the law and establish its new office without hitches. Van der Velde said Bitfinex is also considering London as another option.

Moving from Asia to Europe would require Bitfinex to shut down its offices in Hong Kong, with iFinex forming a new public company. If all goes according to plan, Bitfinex will have its core businesses headquartered in Switzerland, according to van der Velde.

The decision to relocate comes around a time when Bitfinex is being hounded by controversies, most recently about an alleged pump conspiracy with Tether. Van der Velde told the Swiss news outlet: “We want to be the most transparent of all exchanges and meet the requirements of the Swiss regulator.”

Bitfinex isn’t the only crypto company that is looking to relocate. Last week, Hong Kong-based cryptocurrency exchange Binance—the world’s largest cryptocurrency exchange by traded volume—confirmed reports that it is planning to open an office in Malta and possibly soon start a “fiat-to-crypto exchange” on the European island nation. Binance founder Zhao Changpeng said the company is close to securing a deal with local banks that can provide access to deposits and withdrawals. The move could be seen as an effort by Binance to escape serious regulatory issues which it encountered in China and Japan recently. 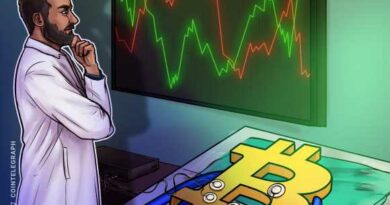 Binance, Crypto Investors to Launch a Bank in Malta

It's the "Last Stand" for Bag Holders of XRP: Top Analyst Peter Brandt