Bitcoin is an attractive destination for investors looking to shield themselves from the next stock market crash, asserts Victor Dergunov.

The co-founder of Albright Investment Group, a Connecticut-based investment firm, said the cryptocurrency has adequate upside potential, even though its recept attempts to break bullish on a critical resistance level near $10,000 have failed. 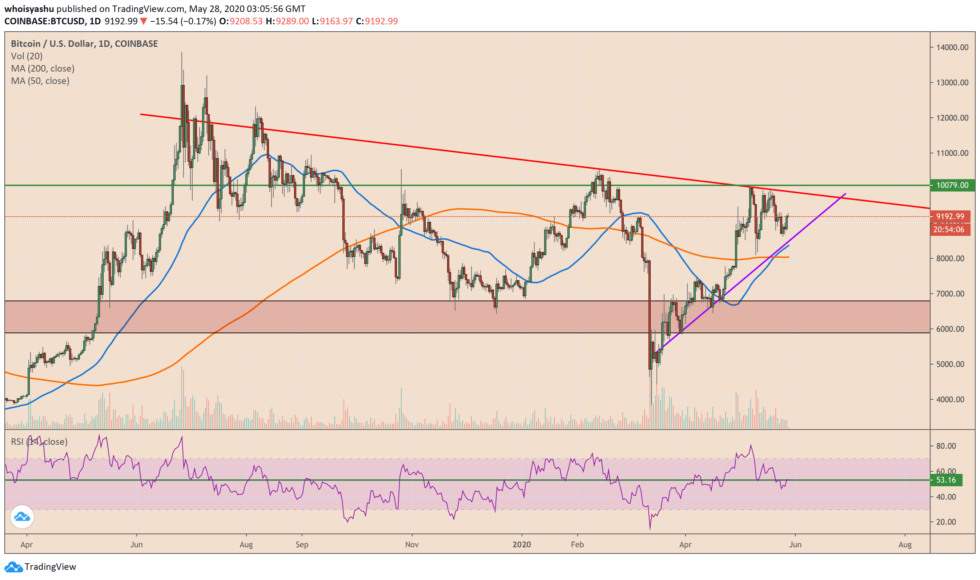 He noted that bitcoin might have found a bottom near $8,700, a level that capped the cryptocurrency’s downside correction from flourishing throughout May 2020. Mr. Dergunov took cues from a “constructive” bitcoin futures that were trading above $9,000.

“A break above $9K represents a momentum change in my view,” wrote Mr. Dergunov. “Next, BTC should test the $10K level and plausibly break out higher after that.”

Mr. Dergunov’s positive comments on Bitcoin surfaced in the wake of a bleaker S&P 500.

The fund manager said the U.S. benchmark index has weaker upside potentials, citing its poor underlying metrics that concerns less-than-expected earnings and profits. He further lambasted the S&P 500’s 40-percent recovery from its mid-March low for having fuelled by a surplus Federal Reserve stimulus.

The U.S. central bank announced in March 2020 that it was cutting interest rates to near zero. It also accelerated a flood of bond-buying programs to stabilize the U.S. economy while bolstering the availability of credit. The Fed chair Jerome Powell noted that they would do anything to protect the market from pursuing a financial meltdown.

The government additionally intervened by approving more than $3 trillion in spending to combat the economic crisis. The net stimulus now expects to breach above $10 trillion. 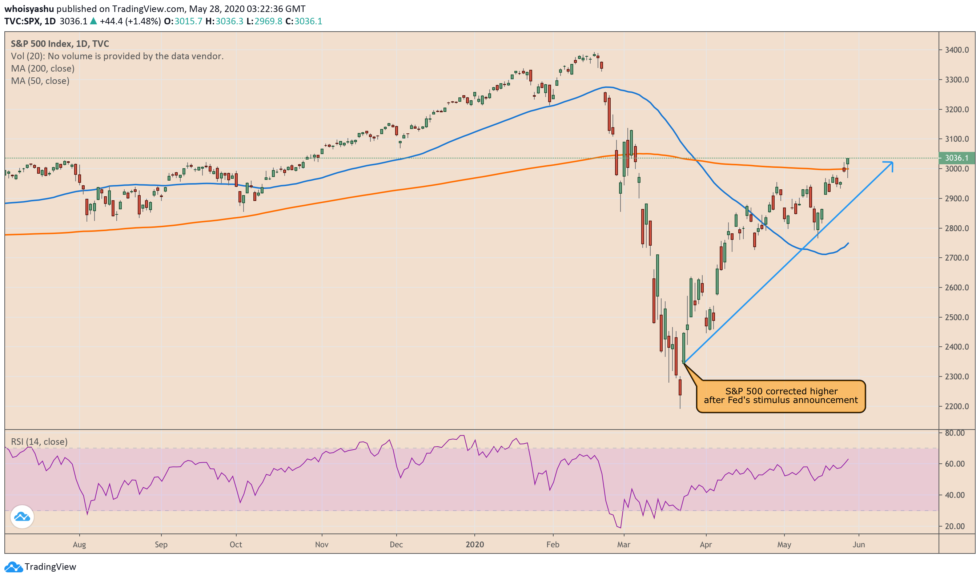 Mr. Dergunov asserted that the S&P 500 would benefit for a while from the multi-trillion dollars of liquid injection. But once the Fed pulls back, the U.S. benchmark will fall.

The prediction converged with a technical overview provided by Jason Goepfert, an analyst at Sundial Capital Research. He noted earlier this week that there is about 72 percent chance the S&P 500 breaks lower if it trades near its 200-day moving average wave.

The index last night broke above the said resistance. Old fractals show that it could now undergo a 12.7 average downside correction in over the next six months. Mixing the technical signals with Mr. Dergunov’s analysis, a bearish S&P 500 looks possible.

Mr. Dergunov also recommended alternatives to Bitcoin that could behave as a hedge if the stock market slips. They included spot gold, a top Bitcoin rival, that recently logged its seven-year high above $1,700.

The precious metal is now correcting like the cryptocurrency, but Mr. Dergunov asserts that the pullback would prompt more investors to purchase the dip. 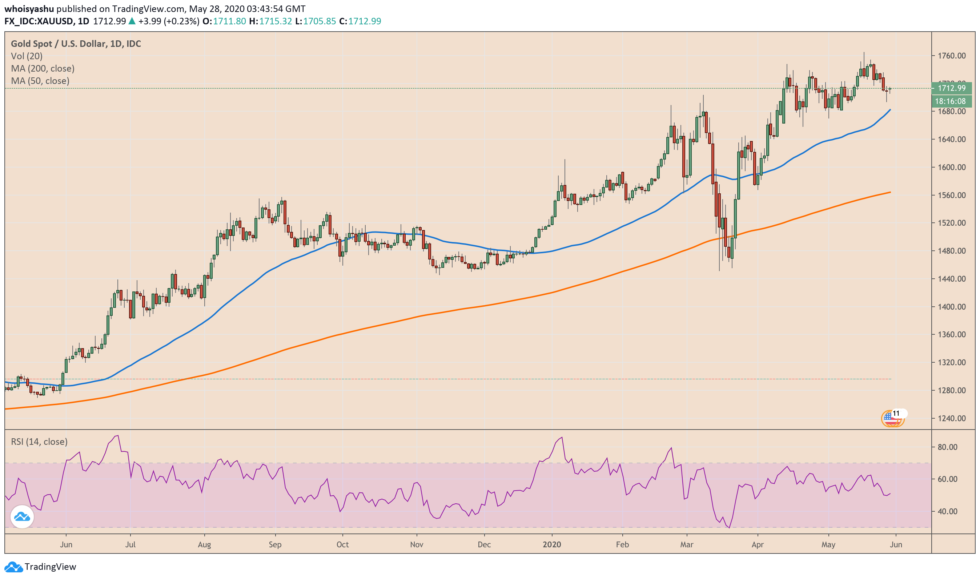 The analyst predicted the same about Bitcoin, stating that the crypto could fall to as low as $6,500, but its upside potential would remain stable.

XRP Has Been in a Macro Downtrend For Almost 1,000 Days: Analyst

BTC.com begins mining BSV as the number of transactions increases