Home » Business And Finance » Canada could be poised to regulate cryptocurrency

The world needs to accept the fact that cryptocurrencies are here to stay. Much to the chagrin of banks and financial institutions, the digital currency has not one, but both feet in the door and is poised to revolutionize how money is defined. Cryptocurrency enthusiasts, for their part, need to realize that cryptocurrencies will never advance as an industry without governments getting involved and providing some form of oversight. Canada is making the move, exploring how to regulate the myriad of possibilities in the crypto realm.

Amendments to Canada’s Proceeds of Crime and Terrorist Financing Act (PCMLTF) of 2014 implemented changes to legislation that require businesses handling cryptocurrencies to register with FINTRAC, Canada’s financial intelligence unit. The amendments also prohibit banks from conducting business with entities that aren’t registered with FINTRAC. While this portion of the PCMLTF hasn’t been strictly enforced, that will soon change.

Opponents to the updated legislation are concerned that any regulation will curb innovation. In the U.S., for example, Coinbase has slowed operations after the Securities and Exchange Commission, the Commodities and Futures Trading Commission and the Federal Trade Commission have all expressed their desire to implement wide-reaching legislative controls. China, once the center of blockchain innovation, has taken a strong anti-cryptocurrency stance, forcing many companies to leave the country.

In a hearing last Monday held by FINA, the parliamentary committee that oversees finance, the subject was hotly debated and included a speech by Jonathan Hamel. Hamel is a cryptocurrency expert, as well as the founder of Montreal’s L’Académie Bitcoin, a crypto training and consulting company. Hamel said, “After 10 years of organic growth and institutional adoption, we still see a lot of scrutiny and doubt towards Bitcoin from regulators,” Hamel told Motherboard. “At some point, we have to accept that it’s part of the financial landscape and move on.”

The hearings that began last Monday haven’t yet reached their conclusion. Nor is anyone stating that Canada will bring a complete halt to the industry. Any regulations would be available for public scrutiny once a final report is presented to the House of Commons. 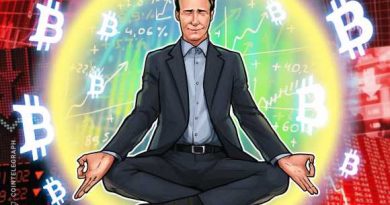 Bitcoin critics say BTC price is going to $0 this time, but these 3 signals suggest otherwise