The cryptocurrency sector in China continues to come under severe pressure as the strength of government regulation bears hard on investors and users in the world’s most populous country.

The internet and financial regulators in China have also blocked all access to the social media accounts of overseas bitcoin exchanges on the Wechat network, according to Beijing based media group Caixin. This is a pretty serious development since WeChat has well in excess of 1 billion active monthly users whilst it also serves as a master platform which runs around 600,000 mini programmes—a staggering amount. Former China-based trading platforms have already moved to Hong Kong or other territories where they can offer their services to those who are based in mainland China.

As reported back in February, Chinese authorities have already decided to block internet access to the websites of overseas cryptocurrency exchanges and platforms promoting ICOs. However, local users are reportedly still able to access such international trading venues as Huobi, OKEx and Binance even without the use of a VPN to bypass the Great Firewall of China, supposedly triggering the recent social media crackdown. It is not known if these websites will still be accessible but it is probably only a matter of time before these are also blocked.

A person close to the Chinese internet financial regulation agency reportedly told Caixin this week that, “The moment financial fraud is reported, the person in charge should be immediately arrested, no matter if it is domestic or foreign, all should be regulated. We are urging all relevant departments to further block the IP addresses of overseas cryptocurrency exchange platforms.” 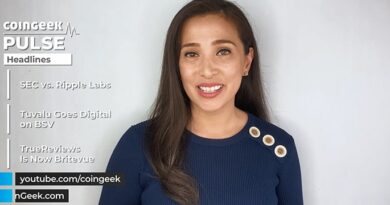