The Poloniex currency exchange has tightened the requirements for KYC procedures for registered and new users. Now, the owners of legacy accounts will not be able to trade until they confirm their identities. In addition, the new rules will limit the withdrawal of funds to $2,000. This is not the only verification case in the crypto industry. How will these changes affect the work of exchanges and why do you need to deanonymize the customers of the blockchain system?

The intention to tighten the requirements for user identification on Poloniex was reported back in December last year. Then it was said that each user will have to change the status of their account to verified—that is, to undergo the KYC procedure. After the introduction of these rules for the legacy accounts, new restrictions will be introduced related to the closing of previously opened orders, rejection of auto-renewal loans, withdrawal of available funds within the daily limit, and deactivation of trading and lending. Despite the fact that the obligatory verification of legacy accounts was announced a few months ago, many users ignored the request of the management board, and instead expressed their dissatisfaction with the fact that Poloniex did not warn them and did not provide enough time for withdrawal of funds (for those who do not want to pass verification).

In April 2018, the EU Parliament approved new measures to combat money laundering, which will affect the cryptocurrency sector. The rules state that crypto exchanges will be required to verify all users from traders to suppliers of cryptocurrency wallets. That is, all those who provide blockchain services should register. Thanks to the total control of all market participants, parliamentarians “will put an end to anonymity, which is connected with virtual currencies and exchanges,” the report said.

Strict rules of KYC and AML impinge on the main concept of cryptocurrencies in the form of anonymity of conducting transactions. If each user is registered and tracked, the blockchain sector will turn into an average fiat industry. In addition, strict regulation by the state and associations, such as the European Union, can cripple the cryptocurrency market.

What KYC and AML Are

KYC, or “know your customer,” is an international control standard that helps identify a customer. The essence of KYC is reduced to the client and their obligation to provide a financial organization a package of documents containing regulated information about their identity.

This system protects the interests of the financial structure from a legal point of view. The information provided confirms the identity of the client and allows the security services to determine the degree of risk of the client being involved in illegal activities (many critics of blockchain accuse the technology of being used for terrorist purposes). Companies can manage their risks with an installed filter that regulates the type and number of transactions for a particular customer, and track unusual client transactions and, if necessary, initiate their investigation (transaction checks allows for identification of crypto crimes).

If we consider the use of KYC from the point of view of the blockchain client, then the verification discredits the rights of the user of the technology, which is initially anonymous.

The term AML, or “anti-money laundering,” is also applicable to the crypto industry. As we know, blockchain technology allows one to make transactions without proof of identity. This function attracts scammers. Money laundering offenses related to blockchain have a low detection rate, as all user data remains classified. To create an effective system to combat such violations, links are established between legislative authorities, state ministries, judicial and law enforcement agencies, and financial institutions.

There are no authorities in blockchain that would regulate the system, so state authorities are constantly trying to use KYC and AML to prevent fraudulent attacks.

Other Examples of KYC and AML Rules Being Tightened

After the measures taken by the European Union, many crypto companies started introducing more stringent verification rules for their users. In early May, the well-known KuCoin platform for trading digital currencies reported that all members of the exchange must pass personal control by logging into the KYC Authentication section and providing the necessary information, such as name, sex, nationality, address of residence, and other information.

According to the representatives of the exchange, the verification is necessary to ensure that KuCoin continues to remain “one of the most reliable and transparent” platforms and that such an introduction will ensure that the site meets the rapidly changing requirements for the crypto industry. Many exchange users did not appreciate the tightening of the company’s policy and decided to refrain from using the services of KuCoin.

LocalBitcoins, another well-known Finnish peer to peer platform for buying and selling Bitcoins, has introduced mandatory KYC verification for the most active traders who operate the most significant amounts of funds. In addition, the exchange introduced AML, probably because of the pressure from local authorities. Previously, LocalBitcoins contributed to criminal activities, as according to the U.S. Department of Justice, money was repeatedly laundered on the platform. After this news surfaced, as it happens in such cases, many users expressed their negative opinion and refused to work on the exchange.

The introduction of KYC and AML standards affected the US Bittrex exchange after it resumed trading in April this year. CEO of the company Bill Shihara said that additional verification was introduced for users after an interface update in order to ensure the authenticity of the data and to check the activity of the participants of the exchange. In addition, the website for trading altcoins is removing the wallets of dubious customers. Last year, about 100 accounts were deleted, due to increased control by the US Securities and Exchange Commission.

This Is Not the End

Verification of users has been introduced on many crypto exchanges. The mandatory implementation of KYC procedures will irritate many market participants for obvious reasons because with deanonymization, the blockchain system will lose one of its key features. But, on the other hand, the introduction of AML procedures will help fight cybercrime in the blockchain industry. 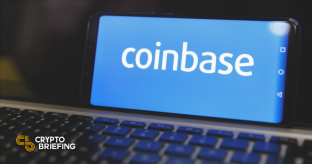 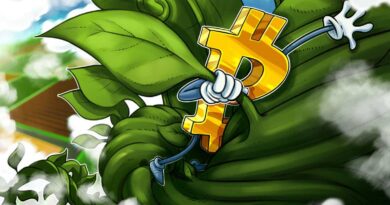 How to use Streamanity—a basic guide