The Israel Securities Authority (ISA) has published report to help clarify which types of cryptocurrencies count as regulated securities under Israeli law.

According to the report, cryptocurrencies which are to be used as currencies only shall not be considered securities. This includes those that are used for future investment. This means the regulator would not regard the largest cryptocurrencies, such as bitcoin and ethereum, as securities to be regulated under the securities law.

“As a rule, cryptocurrencies intended solely for payment, clearing or exchange, other than a specific venture, and do not confer additional rights and are not controlled by a central entity, shall not be considered securities,” the report states.

If a company’s digital token gives its holders rights similar to those of a shareholder or a bondholder then the token will count as a security and would be subject to regulations. The regulator said a token that imparts ownership is called an ‘equity token.’ Initial coin offerings (ICO) will be analyzed according to the product offered.

The guidelines also acknowledged that changes in the crypto space could outpace regulatory provisions. The “innovation, complexity, and dynamism” of crypto means that the regulators will likely have to re-evaluate the guidelines in the future.

The report is now in the hands of ISA chair Anat Guetta, who will decide how to proceed with unique securities regulations for the cryptocurrency space.

The ISA recently published guidelines for the taxation of cryptocurrency, basing its conclusions on the interpretation that cryptocurrencies are not currencies, but assets. Thus, tax will be paid on profit from cryptocurrency as it would be for any transacted commodity.

The Bitcoin Bull Run Could Continue Well Into 2021 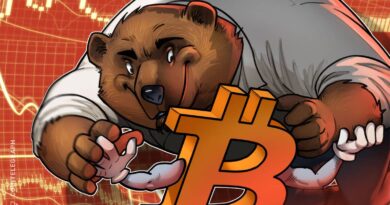