After a promising start to Monday morning when most cryptocurrencies were on the increase and with legacy Bitcoin (BTC) close to touching the $10,000 mark, the afternoon saw another crash in values once again and everything slumped by around 5-8%.

It appears that the Mt. Gox selloff is affecting the market extremely negatively and further drops over the week could be possible. In fact, BTC declined to just above the $8,700 mark before rebounding slightly to around $9,300 at the time of writing. The biggest loser in this environment was Dash which saw its value decline considerably by about 9% to well below the $500 mark—this indicator of support seems to be quite strong in this area although a further downward push could also be expected.

Bitcoin Cash also suffered a decline of around 6% and was trading at around $1,050, although it recovered slightly later on Monday to approach the $1100 levels again but once again lost slightly on Tuesday morning.

Ethereum was also considerably down from its confidence level of $700 and it dropped to around $650 at one point before recovering to the $680 mark. There appears to be considerable volatility in the price of this token although most of the momentum appears to be going downwards. Ether’s sister currency Ethereum Classic also suffered another day of declines when it touched the $19 mark falling below the confidence level of $20 yet again, although there was a slight recovery later on in the day.

Of the other currencies by larger market cap, Litecoin and Ripple remained in the same levels with minor corrections on the downward side. The former is trading at around $175 at press time whilst the other settled at the $0.77 level with further corrections also possible. Recent announcements by Twitter on the possibilities of further collaborations with banks and other financial institutions offer good opportunities for the price to rise, although there’s also the possibility that the current levels will be difficult to break out from.

Of the currencies with smaller market caps but still in the top 10, Stellar and NEO had another torrid day losing around 5% with values declining even further. Stellar saw a considerable drop and is now firmly embedded in the sub $0.30 mark with chances of it dropping even further as confidence levels are eroded. The same goes for NEO which is at around the $0.85 and is showing no particular signs of moving.

Blockchain proposals presented to US Congress with consumer tech bill 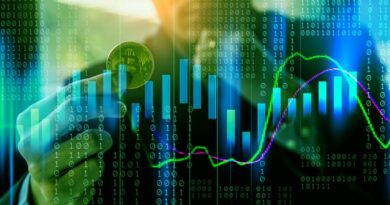