DMarket, a blockchain project for the trading of in-game items, announced the official launch of the 2.0 Beta version of its platform. One of the key updates of DMarket version 2.0 is the integration with the Steam gaming platform. Now users who store game items on Steam can easily put them on sale or exchange on the DMarket platform. To date, the turnover of game content in quantitative terms exceeds 60 million items per month. The annual trade of in-game items is more than $10 billion, with the potential for growth of 45 times up to $450 billion.

“By providing the opportunity to trade on DMarket the items stored on Steam, we will also attract the audience of Skins.Cash, our successful subsidiary project. The key advantage of Skins.Cash is that the site already unites several million active traders with accounts on Steam,” said Vladimir Panchenko, CEO and founder of DMarket. “Version 2.0 will undoubtedly attract a large number of users, in particular, thanks to simple and transparent models of monetization. Now the DMarket team is focused on developing new marketplace functions, and we are completing work on the SDK for integrating games created on the Unity technology, improving the functionality of the blockchain, and preparing a lot of interesting features for gamers. All this significantly increases the value of DMarket for both ordinary users and our partners.”

Also, DMarket 2.0 includes an enhanced version of the Blockchain Explorer. The current version has been supplemented by the function of an offline wallet, which significantly increases the degree of protection of the user’s funds from unauthorized access.

Earlier, DMarket entered into a partnership agreement with another gaming monster, Unity Technologies. Unity has one of the biggest game engines.

The partnership makes it easy to connect any game based on the Unity technology to DMarket’s blockchain for virtual trading and the exchange of in-game assets. Moreover, players are able to bind their account to DMarket, create inventories of assets on the marketplace, and buy or sell virtual content. In this case, all transactions are transparent to users.

“The partnership with DMarket allows for unimpeded and secure linking of games to Unity and DMarket, making game assets more accessible to users,” says Peter O’Reilly, head of Asset Store at Unity Technologies. “The DMarket platform is especially attractive to Unity, as it is adapted for each individual game developer and does not affect the existing game balance or gameplay. Considering that we are aimed at solving complex problems and democratization of development, the partnership with DMarket will help our developers achieve new successes.”

The API (Application Programming Interface) developed by DMarket is a readymade solution for evaluating and monetizing any virtual object, be it armor, swords, or crystals. The API allows anyone to transfer to the DMarket blockchain any game items from any game created on Unity, send items to the account of another user, or return them to the game. Players can control items and move them from their game account to DMarket without leaving the game.

Also, DMarket is the only blockchain marketplace that has signed agreements with game developers of the triple-A class, an informal term for a class of high-budget computer games. To date, DMarket is supported by game publishers such as 4A Games (Metro 2033, Metro: Last Light and Metro Exodus, ARKTIKA.1), as well as GSC Game World (STALKER, Cossacks game series), Tatem Games (Carnivores, Vivisector, Cryostasis), and KISS Ltd. (Street Racing Syndicate, Pixel Puzzles Ultimate, The Culling Of The Cows, Nosferatu: The Wrath of Malachi).

In addition, at the end of last year, the project concluded a partnership with the Xsolla payment system. The company is also a distributor and publisher of video games and provides developers with advanced tools to attract users and monetization.

Other DMarket partners include Playkey, the first decentralized cloud gaming platform that allows users to run triple-A games on all popular devices, regardless of their processing power.

Separately, it is worth noting the peculiarity of DMarket’s token sale, which ended on December 1, 2017. No discounts were offered for major investors, although investment monsters such as Pantera Capital invested in DMarket tokens. The sale took place in two stages, during which the company collected $19 million.

At the same time, three months after the ICO, the DMT token was added to the listing only on small exchanges. Investors, for their part, expect it to be listed on the top-level exchanges. In the project chat on Telegram, the absence of the token on leading crypto exchanges is explained by legal nuances related to the recent statements and actions of the SEC. “It is extremely important for DMarket to comply with legal regulations and ensure the creation of a safe, reliable, and transparent business. All projects that work in compliance with U.S. law are now on an equal footing, and they are in no hurry, and are considering every action 10 steps ahead so that SEC statements do not affect them in any way.”

In this case, delay and adaptation to new requirements at the start can help to avoid serious legal problems in the long run. In connection with the recent strengthening of regulations by the SEC, conscious business projects are attentive to the positioning of their utility or security token, as well as to creating a real working product, not a project on paper. Companies that are not in a hurry to flood their token on the exchange and create artificial excitement around it, but concentrate all their forces on the product itself, have any kind of future, say many experts of the crypto market. They are, however, in the minority. DMarket has just entered this minority, which should be a reassuring remedy for the owners of platform tokens.

Investors just have to be patient, and these figures should help them: with the potential of a $450 billion gaming market and the released number of DMT tokens that are worth of $56,921,773, even the conquest of 50% of the gaming economy will raise the token’s price to $3,952. 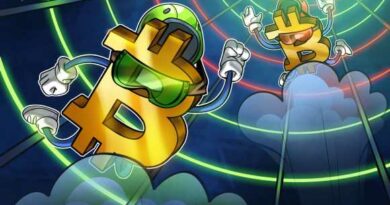