After a hugely turbulent week where almost all top 10 cryptocurrencies by market cap lost around 30% of their value, a slight fillip that could have excellent ramifications for a recovery occurred in the late hours of Sunday.

In fact, Financial Stability Board (FSB) President Mark Carney, who incidentally is also the Governor of the Bank of England, said in a statement that at this point there was no need for further cryptocurrency regulation since the total turnover of these currencies have very little, if any, effect on the current financial markets as they are.

This undoubtedly came as a sigh of relief to many investors who had taken an intense battering to their portfolios over the past week end were viewing the upcoming G20 summit with trepidation due to the various clamourings by several countries to regulate legacy Bitcoin (BTC) and other cryptocurrencies. It now seems that this move has been put on the back burner for the present although many are still sceptical on the long-term effects of such a decision on the prices of cryptocurrencies, many of which are at least 70% off their all-time highs registered in early January. However, a statement by leaders like Carney—who has generally been seen as hostile to cryptocurrencies in general—is bound to have a positive effect especially since the market thrives on anonymity and decentralization.

Despite rejecting calls for cryptocurrency regulation, the FSB noted that there is a “need for greater international coordination in monitoring these rapidly evolving technologies.”

“The first assessment of the FSB is that currently, these crypto-assets do not pose a risk to global financial stability,” said Carney wrote in a letter to finance ministers and governors of central banks.

Rather than design new ones, Carney said the FSB will focus on “the implementation and rigorous evaluation of the effects as well as reforms approved by the G20.” 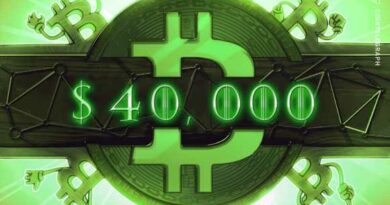 Bitcoin hits $40K after a 6-week absence, but on-chain activity is 'somewhat bearish'