Financial policymakers from the world’s top 20 economies have set a July deadline for the first step toward unified regulation of cryptocurrency.

Speaking during a news conference at the G20 Meeting of finance ministers in Buenos Aires, Argentina Central Bank chair Frederico Sturzenegger said the group agreed that regulation needs to keep up with the technology’s fast pace, but there had been demand at the summit to come up with specific recommendations at the G20’s next gathering in July.

However, not every nation is on board with this plan. Brazil Central Bank president Ilan Goldfajn said cryptocurrencies will not be regulated in his country. He added that Brazil would not necessarily be following the regulations outlined by the G20 on cryptocurrencies or other issues.

One thing that was pretty much wholly agreed upon by the G20 was that the Financial Action Task Force (FATF) – a 37-nation group set up in Paris by the G7 industrial powers to fight financial crime – would have its standards applied to the cryptocurrency markets in the respective countries.

The G20 communique states: “Crypto-assets lack the key attributes of sovereign currencies. At some point they could have financial stability implications. We commit to implement the FATF [Financial Action Task Force] standards as they apply to crypto-assets, look forward to the FATF review of those standards, and call on the FATF to advance global implementation. We call on international standard-setting bodies (SSBs) to continue their monitoring of crypto-assets and their risks, according to their mandates, and assess multilateral responses as needed.”

The discussions about crypto regulations were inspired by the rapid rise of initial coin offerings (ICO) in the past year and extreme volatility in the crypto market. However, G20 members will have to overcome their differences before any concrete action can come through.

Ethereum\u2019s days could be numbered 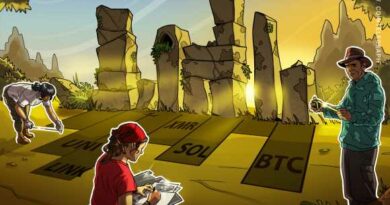