Offshore jurisdictions first became a tax haven and sheltered in the accounts of local banks and trusts multi-billion dollar capitals flowing out of countries with more stringent regulation and higher taxes. Then they took under their wing the online gambling industry, persecuted by their older sisters. So, the manifestation of loyalty to business allowed tiny islands and territories that are not able to compete with large economies to attract big money, while all other states chose to take a tougher stance.

Blockchain companies, crypto exchanges, and ICOs are now in the sights of regulators in most countries. How do the offshores respond to this? Quite predictably, they are hurriedly preparing to accept new residents with open arms, who carry colossal tax revenues to local budgets. Now the main intrigue consists of two questions. What approaches to regulation will such jurisdictions choose and who will become the first cryptocurrency offshore with a full-fledged regulatory framework for blockchain projects and ICOs?

Judging by current information, Gibraltar is making a good bid for leadership. This overseas territory of the United Kingdom with a total area of ​​just 6.5 km² seriously intends to bite off a fat piece from the young industry, which, according to most experts, is the future of the world economy. Using the protection of the British crown, Gibraltar remains politically independent and can independently form its own legislative base in this area, without looking back to the slow bureaucrats of Great Britain.

Local authorities in May 2017 published a small 20-page document outlining the general concept of plans to regulate the activities of all organizations and services operating on the basis of DLT. It was not yet a law, but the first step on the way to real regulatory acts. In September, the Financial Services Commission supplemented the plans of the country’s leadership with a statement of intent to deal with the painful topic of the initial placement of coins.

Time to Queue Up For a License

Gibraltar’s leadership passed quickly from political statements to the adoption of real laws. The beginning of 2018 was marked by the entry into force of a regulatory act that establishes a licensing scheme for all DLT companies, which include blockchain projects. All organizations operating on the territory of the country and employing the technology of the distributed ledger must obtain an authorization document. Of course, it is issued only if a number of requirements are met.

Companies are required to show honesty, competence, and take all the measures necessary to ensure the company’s financial stability and protection from cyber attacks. Since Gibraltar still remains an EU member and also complies with the recommendations of the OECD and the FATF, DLT projects are subject to the strict scrutiny of their clients, as well as compliance with anti-money laundering and anti-terrorist financing regulations.

Of course, the licensing procedure, whatever it is, always complicates business life and involves some costs for the payment of related duties. Its passage, however, allows the company to confirm its conscientiousness, the legality of the firm’s activities, and to dispel suspicions of fraud. This increases investor confidence and facilitates the establishment of ties with banking institutions.

White Paper with a New Approach to ICO Regulation

In March, the government of Gibraltar published a new document that reveals further plans and key details for the regulation of tokens and the initial offering of coins. Here is where the interesting part begins because it is about the ICO regulators and legislators of most countries who persistently moan, not even getting close to a reasonable and balanced solution of the problem. The Gibraltarians, however, did not disappoint and offered a very original approach to the problem.

As it follows from the white paper text, local authorities are going to adopt a number of regulations with rules for ICOs, stock exchanges that carry out the secondary sale of coins, and investment advisers. Most of the tokens will be classified as commercial products, and a special institution of authorized sponsors will be established to control the initial placement of coins.

In almost all countries, regulators equate tokens that are sold under the ICO to securities and try to apply existing legislation to them. The authorities of Gibraltar recognize that some coins fully meet the parameters of securities and also plan to extend to them the effect of relevant regulations. Unlike their foreign colleagues, they still managed to see the significant difference between conventional securities and utility tokens.

In the previously mentioned white paper, such coins are defined as a tool for conducting advance sales of services and access to services. That is, it is not about attracting capital through investment tools, but about the preliminary sale of commercial products.

In practice, at the time of the sale of the token, the product itself, the right to receive which it provides, often does not yet exist. Then the coin confirms only the intention to provide the corresponding service in the future. Therefore, there is a risk that the promised product will never be produced, and the owner of the tokens will lose the money spent on them.

Describing in this way the essence of utility coins, the authors of the document recognize the right of buyers to take on themselves the risks entered into by the ICO with the utility tokens. At the same time, they should be provided with reliable information sufficient to make an informed decision. The Financial Services Commission of Gibraltar plans to formulate and, as necessary, refine recommendations on the design and content of such information for token buyers.

This interpretation of ICOs and utility coins looks progressive. It allows one to detach most tokens from the law on securities, without neglecting reasonable care for the interests of customers. It is extremely important that, in light of this approach, utility tokens can be acquired by all those who wish to do so without having to contact brokers. In addition, blockchain companies retain the opportunity to raise financing for their projects through crowd sales.

But Who Will Determine the “Right” ICOs?

A senior adviser to the Financial Services Commission of Gibraltar said: “We do not believe that as a regulator or Gibraltar as a jurisdiction, we can establish our own laws that determine the parameters of the ‘good’ ICO.” The official explained that the formation of uniform generalized norms for the regulation of financing of blockchain projects is inexpedient. Instead, it is planned to develop a set of key principles, and their authorized implementation will be carried out by authorized sponsors.

The colleagues of Gibraltar officials in all countries cannot find a reasonable balance between regulation and maintaining the necessary level of freedom of an ever-changing market. While thousands of graduates around the world are racking their brains over this problem, a couple of dozen of kids from the tiny Gibraltar decided “Why don’t we transfer this heavy burden onto the shoulders of those who understand the issue better than us, and simultaneously assign them responsible for the evaluation of each a separate ICO!?”

The essence of the idea stated in the white paper is that every initial placement of utility tokens, held in or out of Gibraltar, will need to be accompanied by an authorized sponsor. As such, there will be people who have the necessary knowledge and experience and have received the appropriate status. Responsibilities of authorized sponsors include ensuring the supervision of compliance with the legally established principles for the initial offering of coins and disclosure of information.

Each of them must independently develop their own regulations (one or several) for different categories of tokens. It is expected that these documents will set out specific rules for the organization of ICOs, the use and distribution of proceeds from the sale of coins and other standards that the company applying to the sponsor should adhere to. Regulations and all changes thereto are subject to state registration.

The legislators will determine the list of requirements for candidates for the authorized sponsors, the standards of their work, and the responsibilities for disclosing information. In case of violation of established norms, support for ICOs conducted in violation of the rules or fraudulent actions of sponsors leads to the annulment of their official status, as well as punishment up to criminal liability.

What does this approach give? The authorities will not have to spend their own administrative resources to verify and classify each ICO. They do not need to conduct a thorough analysis of existing versions of tokens to formulate a specific set of rules that cover the whole market in all its diversity, which is certainly impossible. Instead, they actually establish something similar to limited self-government, which allows to define and flexibly change the selection norms of “good” ICOs through market mechanisms.

The authorized sponsors, in view of their duties and responsibilities, will be personally interested in preventing fraudsters from entering the market and weak companies that do not have significant chances of success. They will also have to oversee the expenditure of funds collected in the initial placement of coins. For incompetence, dishonesty, or lack of circumspection, sponsors can not only lose their status but also end up in court.

All this guarantees the quite reliable protection of token-buyers from downright crooks, as well as from poorly developed projects. The blockchain startups will also win as they will get legal status, the trust of potential buyers of tokens, and all this without bureaucratic barriers the size of the Great Wall of China.

We should not forget about the institution of reputation, which also can play some role in such a regulatory concept. The better the sponsor will work out their rules and will be more careful in checking and supervising projects, the more ICOs with their participation will be successful and benefit the buyers of tokens. So, the name of the sponsor can become a benchmark for investors.

Nothing Will Be Left without Attention

Already existing rules will be applied in part to the exchanges that carry out the secondary sale of coins. Where such rules are appropriate, that is, with some adjustments, the content of which is not yet specified. Considerable attention will be paid to the activities of investment consultants and brokers. Legislators will formulate norms for the provision of general, specific, and personal recommendations. All firms providing this kind of services will have to undergo authorization with entering into a special register. The plans also include the regulation of investment funds working with cryptocurrencies and tokens.

Gibraltar legislators intend to adopt by October of this year the entire package of key regulations governing the ICOs, the work of authorized sponsors, and the secondary sale of coins. It will take some time to register the first applicants for the status of an authorized sponsor. So, the new rules will not be applied in practice and in full force until 2019, but even so, Gibraltar is likely to become the first country to manage a full-fledged mechanism for regulating blockchain startups and the initial offering of tokens.

It should be noted that a local legal platform for ICOs has already been established. As early as last year, at the Fintech Summit in Hong Kong, the Gibraltar Stock Exchange announced the launch of a centralized exchange of tokens (Gibraltar Blockchain Exchange) with the function of conducting the initial placement of coins. To get access to this site, companies will have to undergo a serious selection. Nevertheless, the number of those wishing to enter the listing of the new exchange exceeded 200. The first GBX-based ICOs are scheduled for April 2018.

What Is a Crypto Hedge Fund? 3 Tips to Understand the Landscape 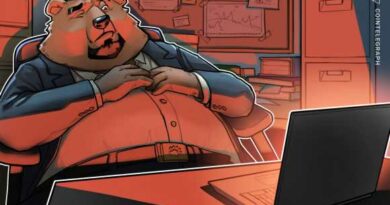 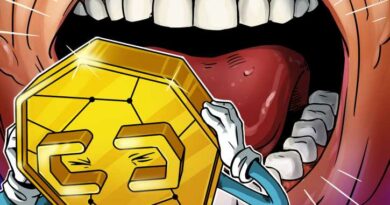