Home » Business And Finance » Has the Dutch Central Bank overstepped a boundary?

From now on, we are required to ask additional details such as the purpose with which you intend to purchase Bitcoins and what kind of wallet you use. Furthermore, we are obligated to verify that you are the legitimate owner of the given bitcoin address by requesting you to upload a screenshot from your wallet, or by signing a message.

Said Bitonic in its official announcement, after they expressed how disappointed they were with the new requirement.

“Starting today Bitonic has (under protest) added an additional verification measure regarding Bitcoin addresses,” said Bitonic. “The Dutch Central Bank (DNB) has effectively forced us to do so in reference to the Sanction Act.”

Cracking down on digital currency exchanges

But is the DNB beginning to overstep a boundary as well as misinterpret AMLD5? According to some, no other country in the European Union is requiring the digital currency exchanges in their country to have their users verify that they are the owner of a wallet by uploading a screenshot of their wallet or signing a message as proof.

Bitonic is not a fan of the new requirements and says that they have plans to push back,

We understand that these additional measures cause nuisance for our customers and we do not agree with the measures ourselves. Therefore we offer the opportunity to formally object to these additional measures and the registration of this data. We will soon release a custom form intended specifically for this purpose. For the time being, you are invited to send complaints to [email protected] 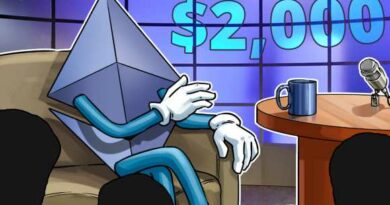 Ethereum fundamentals signal $2,000 ETH price is closer than it seems