Home » Business And Finance » ICO Ratings: the Landmarks of the Crypto Wild West

Gavriel Shaw, head of marketing for the Wirex crypto bank, shares an opinion piece on whether it is worth believing the ICO ratings being created.

How It All Began

Before 2017, few people had ever heard of ICOs, crowd investing, and token sales, considering them to be in essence a single phenomenon of “crowdfunding,” but using cryptocurrencies. Riding the hype crest of 2017, startups managed to attract about $5.5 billion. The fact that most of these projects will not take off and some will not even try did not become clear immediately, but the fact is clear that we have repeatedly heard about “entrepreneurs” who vanished, about their arrests, about problems of different nature in project implementation, and so on. This does not, however, stop investors. In the first two months of 2018, more than $1 billion was raised by ICOs.

The market dictates its rules and forms new niches, for example, ICO rating agencies. The first rating of blockchain startups going to the ICO stage appeared on ICOrating in early 2017. The most unpleasant features of this rating for users are a small number of reports and a weak methodology. In the Russian-speaking Internet, DigRate was the first rating to announce itself in the fall of 2017.

At the same time, the degree of trust in rating agencies is not high among the audience as the last financial crisis was largely provoked with the assistance of well-known international rating agencies. The second possible logically justified factor of distrust is suspicion of monetization on the wave of hype, as to attract investments, startups need to make themselves known, and one of the best ways to do that is to get into an independent rating. Whether the wishes of the organizers of ICOs are monetized or not by the owners of independent ratings is unknown, and there are no reliable facts confirming this. But the market has found a solution to this problem.

Throughout 2017, the crypto community gradually shifted from forums and blog platforms to Telegram. Now the messenger can be called the main platform for communication between crypto enthusiasts and one of the most popular services of communication between crypto investors and the teams of startups reaching the ICO stage. This can be indirectly indicated by a comparison of the coverage of the same publication on websites and Telegram channels belonging to the same media.

In addition to media and startups, traders and analysts forming a pool of loyal investors trading on crypto exchanges or investing funds in certain projects upon the recommendations of the channel owners also create Telegram communities. Now, these channels are starting to create their own ICO ratings. In particular, recently such plans were announced by the Top Traders by tradingview and CryptoNonsence channels specializing in trading. There are other channels that were initially targeted at announced ICO projects, such as ICO Base and ICO of the Day.

There is no fundamental difference between these groups of channels, except that the trust level to the first ones is higher. This is due to the fact that the latter were created for informational purposes without the goal of making a quick profit, and the subscribers of the first had the opportunity to verify the quality of the published materials, having obtained some benefit from trade ideas and advice.

Confidence? Nope, Never Heard of It.

In most cases, the problem of such channels is the quality of their analytics. Now all rating teams face about the same difficulties, and that is the lack of qualified personnel and the infancy of the industry. Whichever figures the cryptocurrency market operates with, we can see high-level analytics only when international rating brands enter the market.

As far as the methodology is concerned, it is generally in the public domain. Or it can be requested. Failure to provide it leads us directly to the issue of confidence in the rating. And at the same time, it is difficult for an uninitiated person to identify interesting projects among a huge number of proposals.

These channels are monetized with the help of advertising and creating a pool of investors for the entry in projects on private sales with a high entry threshold, on average from 100 ETH and more. In this case, the pool organizers use the long-known practice of “joint purchases” and immediately denote their percentage of the distributed tokens. With such “purchases,” investors will still get more profit in comparison with investing in the project on the main token sale or even at the Pre-ICO stages on general grounds.

And yet, despite the suspicion of monetizing any kind of services related to ICOs (ratings, advisors, listings, etc.), crypto enthusiasts need some guidance in this area. Ratings and other related elements of the industry help not only beginners but also serve as lighthouses for experienced crypto investors.

Win a Zero Gravity Experience and €50,000 in BitStarz Space Level Up Adventure! 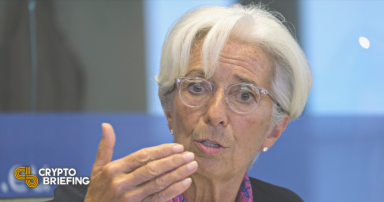