According to local news outlet Les Echos, the French Ministry for the Economy and Finance confirmed that the regulatory framework proposed by the AMF would recognize ICOs as a legitimate means of investment. The ministry, however, said that it would consult with related organizations before moving forward.

“Our goal is to provide legal certainty for those who seek it, without hindering those who want to follow their own path,” the ministry said. “We have a rather liberal approach. We work for a flexible, non-dissuasive framework. At the same time, we are not naive either, we know that these products can be risky.”

Last month, French Finance Minister Bruno Le Maire appointed former Bank of France (BOF) deputy governor Jean-Pierre Landau as the leader of a working group that would determine the specific approach to facilitating ICOs in France. New rules could be established as soon as April.

The proposal suggests installing a truly liberal optional authorization scheme, enabling companies to receive a visa for the purpose of launching an ICO. While ICOs which operate without a visa would not be banned, the AMF approval will provide a greater sense of safety for investors.

The news about the new regulatory framework for ICOs follows a recent ban of 15 unauthorized cryptocurrency investment platforms. The AMF claimed that the platforms were found to be unlawfully marketing cryptocurrencies and crypto-assets as investments in France. Among them is AKJ Crypto, which claims to provide a variety of services ranging from asset storage to account management. Another, Crypteo, is a purported cryptocurrency marketplace. 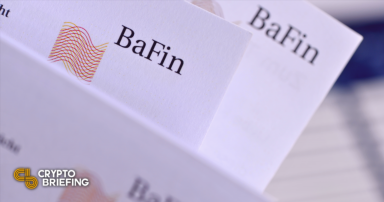