The world and operating environment for cryptocurrency exchanges is a torrid one and there are always problems cropping up if one needs to operate in such a risky environment. Japan is a country that seemingly has accepted the crypto revolution with open arms, but that does not mean that it is taking things lightly with regards to regulation.

So it was really no surprise when it was announced on Thursday morning that Japan’s financial watchdog had taken action against no less than seven digital currency exchanges—two of which were ordered to suspend business altogether. This was the first such penalty against crypt currency exchanges in Japan, and could be seen as a test case in further situations where things are not going according to plan.

The Financial Services Agency (FSA) slapped Coincheck Inc. with a second business improvement order, noting that the risk management and consumer protection measures of the Tokyo-based operator—currently struggling with the fallout of a huge digital money theft—were not up to the required standards.

Meanwhile, virtual currency exchanges Bit Station and FSHO were also ordered to suspend their business for a month until April 7 while they enhance their protection of customer information or assets.

According to reports, one of the main shareholders in Bit Station had misappropriated some legacy Bitcoin (BTC) held by the exchange’s customers.

Coincheck, Bit Station, and FSHO, along with Bicrements Inc., GMO Coin Inc., Tech Bureau Corp., and Mr. Exchange Inc., were told to report back to the FSA on how to improve their business operations by March 22.

Since the theft of JPY58 billion (about $543 million) worth of digital money from Coincheck in January, the FSA has been stepping up monitoring of virtual currency exchanges through on-site inspections and checking whether there are proper consumer protection and anti-money laundering procedures in place. 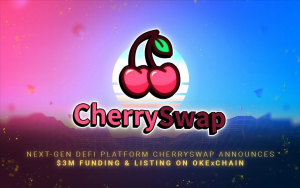 TSLA Stock Up, Tesla to Cut Starting Price of Its China-Made Model 3 By…

Report Shows That 25% of Major Institutions are Long on Bitcoin