The trustee overseeing the bankruptcy of the defunct Mt. Gox cryptocurrency exchange has denied being the cause of the decline in bitcoin prices since December 2017.

In a Q&A report with creditors released on Mar. 17, Nobuaki Kobayashi discussed the recent sale of some $400 million-worth of bitcoin and bitcoin cash belonging to the Mt. Gox bankruptcy estate.

“Following consultation with cryptocurrency experts, I sold BTC and BCC, not by an ordinary sale through the BTC/BCC exchange, but in a manner that would avoid affecting the market price, while ensuring the security of the transaction to the [greatest] extent possible,” Kobayashi said, using the alternate ticker symbol BCC for bitcoin cash, which is more normally assigned the symbol BCH.

However, Kobayashi refrained from disclosing precise details of how the funds were sold.

The comments come as a rebuttal to recent speculation linking the sale to the losses seen in both bitcoin and the wider cryptocurrency market.

While that could be coincidence, the time span of the ongoing sale also coincides more generally with the slump in bitcoin prices, which dropped from an all-time-high of nearly $20,000 in December to a recent low below $6,000 on Feb. 7, according to CoinDesk’s Bitcoin Price Index.

Kobayashi stated in the Q&A:

In addition, the trustee also indicated that process for the further sale of the estate’s remaining holding of two cryptocurrencies has not yet been determined. The trustee was still in possession of 166,344.35827254 BTC as of Mar. 5 – worth around $1.3 billion at press time.

The sale marks a milestone in the slow process of resolving the years-long bankruptcy case, following the collapse of Mt. Gox in 2014, when over 700,000 BTC were alleged stolen in a hack, worth around $340 million at the time. 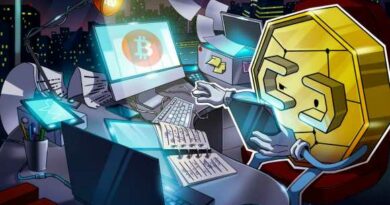 Bitcoin price blasts through $43K, hitting its highest price since May