Court-appointed trustee says he liquidated the funds at the best possible price.

In an announcement yesterday, Tokyo attorney and Mt Gox bankruptcy trustee Nobuaki Kobayashi disclosed that he has been selling off some of the remaining BTC and Bitcoin Cash (BCH) over the last six months. The sale, which generated $400 million, will be distributed to creditors as decided in the 9th creditor’s meeting held September last year.

According to Kobayashi, who was assigned by the Tokyo court to take charge of Mt Gox’s creditors’ claims investigation, he sold the cryptocurrencies at the best possible price. “I made efforts to sell BTC and BCC at as high a price as possible in light of the market price of BTC and BCC at the timing of the sale,” he said. Based on his disclosure, he sold the 35,000 BTC at an average of $10,100 each.

The amount generated from the liquidation is close to what creditors lost at the time of the heist, but some are not happy about the decision. A call to re-evaluate Mt Gox’s bankruptcy status was made during the height of BTC’s bull run last year because back in 2014, the 850,000 BTC stolen from Mt Gox was worth over $400 million; today that’s worth around $8.3 billion. This would mean that when the dust settles, Mt Gox still runs off with a hefty profit. Unsurprisingly, many argue that they should be paid back in BTC rather than in dollars—which unfortunately will be impossible until all the stolen BTC are recovered (if they will be).

While creditors may still be disappointed with the ruling, the payment distribution should help ease tension between investors and the now defunct exchange, whose CEO Mark Karpeles is under trial for allegations of embezzlement and data manipulation after investigations pointed to him potentially having some involvement in the 2014 hack, where 850,000 BTC were lost. So far, 200,000 “forgotten” BTC have been recovered by Mt Gox, while the rest have been tracked by investigators and were found to have been moved to Alexander Vinnik’s accounts before ending up in the laundering market—many of them believed to have ended up in big shady exchange BTC-e. While this is a major break in the case leading to Vinnik’s arrest last year, an investigation on BTC-e landed on a dead end. A background check on the company linked it to a company registered in East London, but it turns out it may be a shell company with a random person’s name on paper.

Yesterday, March 7, the 10th creditor’s meeting to discuss was held, although details of what were discussed in the meeting have yet to be released. The next one is scheduled for September 26 this year. 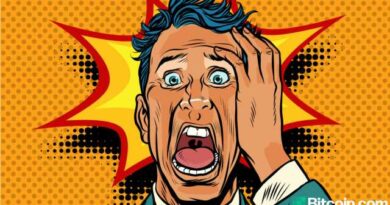 A U.S. Stimulus-Backed Rebound Could Fuel a Bitcoin Bull Rally: Here's Why