Cryptocurrency mining is about to become significantly more expensive in the state of New York. A directive issued by the state’s Public Service Commission that has approved the increase in the electricity tariffs that crypto mining facilities in the state are charged.

The move was necessitated by the need to protect moderate electricity consumers from the high rates they would have to pay due to the activities of these crypto mining farms. New York becomes the latest example of government officials either restricting the access of crypto miners to cheap electricity or charging higher fees. In the past, both the government of China and many districts in Canada have explored similar options.

In a ruling on Thursday, March 15, 2018, the New York State Public Service Commission mandated power authorities in the different municipalities in the state to increase the electricity tariffs for cryptocurrency miners. The ruling takes effect from March and came about as a result of a petition filed by the New York Municipal Power Agency (NYMPA) to the Commission. The NYMPA is made up of 36 municipal power authorities throughout New York state.

Speaking on the ruling, the chair of the Commission, John B. Rhodes reiterated the importance of business customers being made to pay a commensurate price for the electricity that they consume. He described the ruling as being necessary to protect residential customers who don’t consume as much energy as these crypto farms from being made to pay high tariffs.

Cryptocurrency mining is an energy-intensive process requiring enormous computing power to be able to validate cryptocurrency transactions. The process also produces a great deal of heat which means even more electricity is needed to power industrial cooling systems to prevent the mining rigs from overheating. Recently, BTCManager published an article that showed that bitcoin mining activities outstripped the energy consumption in Iceland. According to some of the figures released by NYMPA, many of bitcoin miners account for as much as 33 percent of the electricity consumption in some municipalities in the state.

A pivotal part of the ruling was the declaration that cryptocurrency mining does not contribute any commensurate economic benefit to the state. A comparison was made in the ruling to a large paper manufacturer which employs hundreds of workers yet uses 25 percent of the total electricity requirement of a typical crypto mining facility. The Commission alluded to the fact that such a company while consuming far less energy contributes more to the economy than does a cryptocurrency mining farm.

In a related development, the city of Plattsburgh which incidentally is under the jurisdiction of the NYMPA recently considered imposing an 18-month ban on cryptocurrency mining within the town. The reasons for the proposed ban were similar to the ones itemized in NYMPA’s petition to the New York Public Service Commission. In a meeting of city council officials on Thursday, March 15, 2018, the council unanimously voted to ban bitcoin mining in the city for the next 18 months.

Why Bitcoin price just flash crashed 6% after rejecting at $18.5K 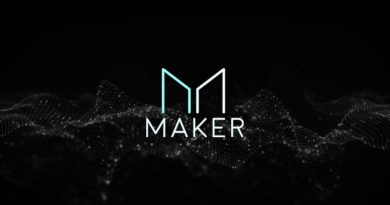