A poll conducted recently by the deVere Group showed an interesting fact: More and more, people are turning to cryptocurrencies for investments and to expand their portfolios.

The survey carried out by deVere Group proved that cryptocurrency investments, as opposed to fiat investments, are becoming the go-to solution, a trend that will more than likely continue as cryptocurrencies gain more favor and the market becomes more stable.

In response to the question, “Would you consider, or are you considering, including at least one cryptocurrency into your investment portfolio?” 62% of people who have no current involvement in the market responded affirmatively, while only 26% said no. 12% said that they hadn’t made a decision.

When those that already own some stake in crypto were asked how they would be approaching investments this year, 71% said they will consider increasing the amounts while 25% said they wouldn’t. 4% of those polled indicated that they weren’t sure how they were going to proceed.

The 60% positive response for investments is a staggering number, according to deVere’s CEO Nigel Green.

“It underscores how, despite what many financial traditionalists have opined, that a majority of investors are now open to consider the opportunities that the likes of Bitcoin, Ethereum and Ripple could present,” Green said. While cryptocurrency investments are still subject to a high amount of volatility, there is a definite trend in the market that is moving toward more cryptocurrency trading.

Green added, “An increasing general awareness of cryptocurrencies and how they work, plus a growing sense that cryptocurrency regulation is now inevitable, are perhaps the main reasons why such a high percentage of people are now open to looking at the possibilities of crypto for their portfolios.”

By the end of 2017, the global volume of cryptocurrency markets had surpassed $50 billion. This was close to the average daily volume seen on the New York Stock Exchange (NYSE). Given cryptocurrency’s relatively short life compared to the history of the NYSE, the figures show exactly how popular digital currencies have become.

The deVere Group was founded in 2002 and is a global independent financial consulting firm. The survey was given to 800 deVere clients from virtually every corner of the globe—the UK, Australia, the US, Switzerland, Hong Kong and South Africa are just some of the countries involved. The company currently controls more than $10 billion in portfolios and has over 80,000 clients around the world. 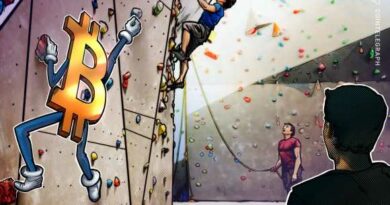 Analyze This: Who's up for a Newcomer?