It would appear that Reddit is moving away from legacy Bitcoin (BTC). The ability to use the cryptocurrency has been removed as an option for users wanting to make payments for their Reddit Gold accounts, as well as send payments as gifts to other Reddit Gold members. While it would seem that the move wasn’t officially announced in advance by Reddit staff, it was later confirmed by a Reddit forum moderator.

A post by Reddit user BitcoinXio pointed out the absence of the payment option on March 23. He had uploaded a video walking through the steps of sending money to another Reddit Gold user, only to find options for sending the money with either a credit card or a PayPal account. In posting the video, the user asked if Reddit had removed the option, to which a forum moderator, emoney40, confirmed the removal. The moderator, who is active in other Reddit forums expect for /r/btc, commented, “The upcoming Coinbase change, combined with some bugs around the Bitcoin payment option that were affecting purchases for certain users, led us to remove Bitcoin as a payment option.”

Payments with BTC were marginal on the site, so its deletion as an option won’t impact the community greatly. However, emoney40 mentioned that Reddit will monitor the forums and could bring it back in the future.

Coinbase Commerce is a payment system that allows businesses to easily accept cryptocurrency payments. Due to its nature, it’s available for use by any establishment, anywhere around the world.  It also integrates easily into the eCommerce site Shopify for any retailer using the platform.

Reddit is an online forum platform where virtually any topic is available for discussion. Any member can post topics, called communities, which are moderated by volunteer users. Reddit Gold is Reddit’s premium membership program and costs $3.99 per month or $29.99 per year. It gives subscribing users the ability to visit the site ad-free, as well as personalize options such as an avatar or the site them, and a slew of other benefits. 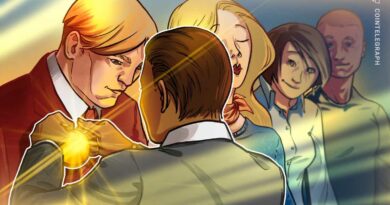