Two cryptocurrency exchanges in Japan are reportedly set to cease operating amid growing scrutiny from regulators in the wake of a $500 million theft.

According to Nikkei, two exchanges – Mr. Exchange and Tokyo GateWay – are withdrawing previously filed applications with Japan’s Financial Services Agency (FSA) in which they sought approval to launch services to domestic customers.

No official statements have been published by either exchange as of press time, though Mr. Exchange posted on March 8 that it had received an order requiring it to beef up its internal protocols in the wake of the attack on Coincheck in late January. The incident resulted in approximately $533 million worth of the cryptocurrency NEM token being stolen.

Per Nikkei’s report, the closures won’t occur until user funds have been withdrawn or otherwise returned.

Still, the development is notable, as earlier this month, Japanese regulators suspended two cryptocurrency exchanges, FSHO and Bit Station, citing security flaws. According to Nikkei, Bit Station has withdrawn its application with the agency, as have two others: Raimu and bitExpress.

“More are expected to follow, as the FSA has given several exchanges a chance voluntarily close before ordering them to do so,” the news service added.

Exchanges in Japan are required to register with the FSA, as mandated by a law that went into effect last March. While a number of exchanges have received licenses to date, the agency has nonetheless stepped up its oversight of the industry in the wake of the Coincheck hack. 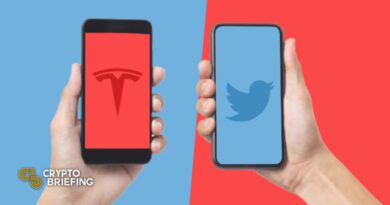 Elon Musk and Jack Dorsey Are Ready to Talk Bitcoin