South Korean consumers are about to get access to a greater amount of shopping options where they can spend their cryptocurrency. South Korean exchange Bithumb has announced its plans to open up the platform and allow its users to use cryptocurrencies at more than 8,000 stores by the end of this year. The exchange will begin offering a pilot program in June, and roll out the service to additional merchants throughout the remainder of the year.

Bithumb is teaming up with Korea Pay, a digital payment provider in the country. Korea Pay currently handles transactions for over 200 brick-and-mortar stores and generates around $279 million each year. Consumers will be able to shop in stores such as Yankee Candle and Sulbing, and easily pay using their cryptocurrency wallet.

The announcement follows on the heels of a similar move by the popular exchange earlier this month. It has already partnered with a number of restaurants and cafes for the installation of cryptocurrency payment machines so that those establishments could accept crypto from their customers. The payment kiosks were created jointly by Bithumb and kiosk manufacturers Tros Systems, IYU and Unos Space.

Korea Pay Services ranks as one of the most successful payment system companies in the country. It is already used in over 400 establishments, including Starbucks and Outback.

Additionally, Bithumb has also entered into an agreement with Innovation Corp, a South Korean travel website that centers on hotels and vacation rentals. The website hosts more than 50,000 different lodging opportunities, and Bithumb user can now pay for their stay with any of 12 supported cryptocurrencies.

Bithumb is currently ranked sixth by trading volume among all exchanges, after falling one notch from earlier in the month. Its 24-hour trade volume sits at around $682 million. It recently opened a new customer service center in an affluent part of Seoul, South Korean, expanding its number of centers to eight.

Earlier this month, the exchange partnered with BitPay to allow consumers to make cross-border invoice payments. Whereas payments had to be reconciled through wire transfers that took four days and cost 4% of each transaction, the payments now can be completed in about a day and only cost 1%. BitPay is expected to process around $4 billion worth of transactions this year. 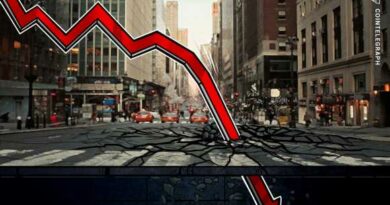