TMX Group, the operator of the Toronto Stock Exchange, has announced it’s launching a cryptocurrency brokerage platform. The service will be offered through its Shorcan Digital Currency Network subsidiary and focused on bitcoin and ethereum. The project will be implemented in partnership with the local fintech startup Paycase Financial Corp. The owner of the Toronto Stock Exchange, TMX Group Ltd., will offer its customers the opportunity to buy and sell two of the most popular cryptocurrencies – bitcoin and ethereum. That will be accomplished through the launch of its Shorcan Digital Currency Network subsidiary. Support will expand if clients demand additional cryptocurrencies.

The TSE owner also announced the brokerage service would be made available through partnership with Paycase Financial Corp. The Toronto-based fintech startup specializes in decentralized financial services and operates a mobile-based remittance platform.

“As the first ever public crypto brokerage desk by an exchange, this deal represents the true institutionalization of cryptocurrencies as an asset class,” said Paycase CEO Joseph Weinberg. He went on to describe the project as building “the first major bridge between the crypto world and the traditional financial markets”.

TMX says the brokerage is a significant step in the execution of its digital strategy. According to John Lee, Managing Director of Enterprise Innovation & Product Development, the company is looking for new ways to address the needs of its clients in both traditional and non-traditional markets.

The Group’s management hopes that Shorcan DCN will allow to establish links between TMX and the cryptocurrency space. Shorcan is expected to debut in the second quarter of this year. “We are excited to enter into this agreement with Paycase, an industry leader with an innovative and entrepreneurial spirit”, said the subsidiary’s President Peter Conroy, quoted in a TMX press release.

The partnership with the payments provider Paycase will create cryptocurrency benchmarks based on consolidated data from the world’s leading crypto exchanges. The initial goal is to cover 2 to 5 percent of the global “over the counter” market, currently estimated at $4 – 9 billion worth of cryptocurrency, Conroy explained. Banking services will be provided by one of Canada’s largest banks – Bank of Montreal.

In February, the Canadian Stock Exchange announced plans to launch a blockchain platform for clearing sales of tokens qualified as securities. Cryptocurrencies were also referred to as securities in its listings. CSE offered companies the opportunity to issue traditional shares and debt securities as “security token offerings”, which could be sold to investors.

Do you think TMX’s announcement represents a positive development in regards to mainstream adoption of cryptocurrencies? Share your thoughts in the comments section below.

Bitcoin News is growing fast. To reach our global audience, send us a news tip or submit a press release. Let’s work together to help inform the citizens of Earth (and beyond) about this new, important and amazing information network that is Bitcoin. 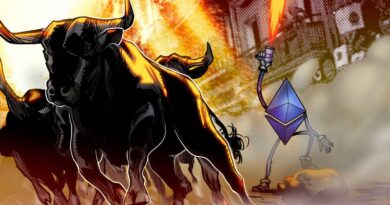 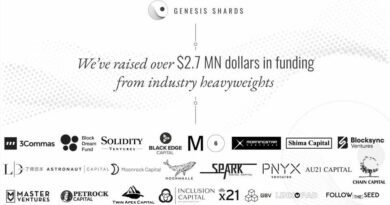