With cryptocurencies like Bitcoin a consistent hot topic on everyone’s lips it appears that Twitter CEO Jack Dorsey is confident that it could become the world’s major currency over a ten-year period. Dorsey was speaking to UK’s Times newspaper whilst being in London promoting his latest venture, Square.

In his interview, Dorsey said the internet and the rest of the world “ultimately will have a single currency,” and he “personally believe[s] that it will be Bitcoin.” The Twitter executive went on to say that the transition would happen “probably over ten years, but it could go faster.”

The fact that Dorsey is a fan of cryptocurrency is not so out of this world though. The digital entrepreneur, who heads the phenomenally popular messaging service Twitter, is also the CEO of Square, which is rapidly growing as a company. Recently, Square introduced the option to trade in legacy Bitcoin (BTC) directly and this has led to vastly increased business for the company.

Dorsey was also on record in an earlier interview with the Verge stating that Bitcoin could be unlocking the world of finance in a big way in the not too distant future. However, the Twitter executive needs to get one thing right: Bitcoin Cash is the true remaining Bitcoin as envisioned in the original Satoshi Nakamoto white paper. The BTC chain may have inherited the name “BTC” largely due to history, but it is Bitcoin Cash that much more closely resembles the Bitcoin that sparked the entire digital currency boom.

At present, BTC is trading in the $8,700 mark but analysts are predicting a considerable rise on the horizon. As usual, such things need to be taken with a healthy dose of scepticism considering the recent fall in the price of BTC, which even dropped to $6,500 in February. Bitcoin Cash, on the other hand, is trading in the $1,000 level. 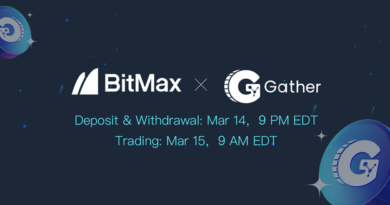 AstraZeneca Paused COVID-19 Vaccine Trial as It Caused Unexplained Side…

Is Bitcoin Now Bullish or Bearish at $7K? Here’s the Scorecard