With an economy in tatters and revolt just over the horizon, things appear to have only gotten worse for Venezuela after U.S. President Donald Trump signed an executive order on Monday, banning all forms of cryptocurrency issued by the country. This includes the much vaunted Petro token, which President Nicolas Maduro claimed was phenomenally successful and had already brought in billions of dollars in a pre-sale.

However, it appears that the United States sees these moves as a further attempt to install Maduro in power following the economic devastation that he wrought on his country and does not intend to let him get away with this latest move.

The U.S. government has also blacklisted four Venezuelan government officials and tightened the noose in the form of further economic sanctions. At present, the situation is quite desperate in Venezuela with considerable food shortages, a chronic lack of medical supplies and a general breakdown of government services, prompting hundreds of thousands of Venezuelans to leave the country.

These increased sanctions comes ahead of the Summit of the Americas in Lima, Peru, next month, which Trump is expected to attend. These sanctions also could not have come at a worse time for Maduro who is up for re-election, even though some countries, including the United States, have already declared that they will not recognize Maduro’s re-election.

U.S. Treasury Secretary Steve Mnuchin was also very direct in his views on Maduro’s initiatives. In a statement following the announcement of the newly blacklisted Venezuelan officials, Mnuchin advised the Venezuelan president to change course and begin restoring political and economic order in the country instead of resorting to blatantly illegal initiatives to evade sanctions.

“Instead of correcting course to avoid further catastrophe, the Maduro regime is attempting to circumvent sanctions through the Petro digital currency—a ploy that Venezuela’s democratically elected National Assembly has denounced and Treasury has cautioned U.S. persons to avoid,” he said.

Maduro responded hotly to the announcements, insisting that it was simply a ploy by the United States to continue exerting unwanted influence over his country and to encourage instability. He was adamant that the country would continue actively pursuing opportunities in the new cryptocurrency markets.

Venezuela launched the petro in January in an attempt to quell the vast inflation currently plaguing the country. The digital currency is supposedly backed by the nation’s huge oil reserves which are amongst the largest in the world. 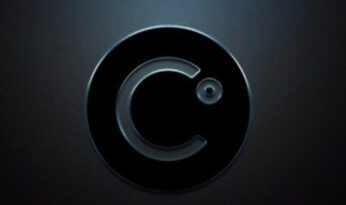