Home » Business » A male Microsoft programmer who came from the military, not a university, describes how his career got tanked by the 'brilliant jerks' culture

Microsoft is currently embroiled in a controversy over its treatment of female employees that has risen all the way to the attention ofMicrosoft CEO Satya Nadella.

This dysfunction has taken a real toll on the careers of women in tech. But, as one male programmer at Microsoft recently described to Business Insider, there’s a deep-rooted cultural problem in the tech industry that extends beyond the treatment of women.

Men get treated badly, too, if they don’t fit into the “brilliant jerk” culture that still dominates many engineering teams, the programmer said. Associated Press“Right now, Microsoft’s current CEO is trying to address the culture issue at Microsoft. I heard stories when Ballmer was the CEO and when Gates was the CEO. It was really toxic then but I’m not sure things have progressed,” he said.

While women and minorities suffer under a boys club mentality, “the same kind of bad behavior happens to men. They don’t say sexist things to men, they do other things that are messed up,” this programmer said.

This person joined Microsoft as a new programmer from a non-traditional path: as an adult intern after serving in the military and putting himself through a coding bootcamp program. Coding bootcamps are schools that teach people to code in short, intense programs.

In other words, he was not the classic young university intern.

From thrilled to stymied

After his bootcamp training, the programmer was excited to be accepted into Microsoft’s LEAP program, he said.

LEAP is an engineering internship for diverse candidates or those who come to programming via non-traditional means. They may have taught themselves to code, done a bootcamp or earned a traditional university computer science degree later in life. But despite their age or past work experience, they are entry-level programmers.

During the 15-week internship, these programmers work on real Microsoft projects, they’re paid $40 an hour on contractor status, and they get medical benefits. If they do well, Microsoft may offer them a job.

This programmer did well in his internship and was thrilled to land a full-time entry-level software engineer job, with a six-digit salary on an established engineering team. (We are protecting his identity because he was not authorized by Microsoft to speak to the press, but we have verified that he worked at Microsoft and came from the LEAP program.)

Yet, after he joined as a full-time employee, instead of assigning him to a programming project he was given menial work like technical documentation that didn’t involve any programming. 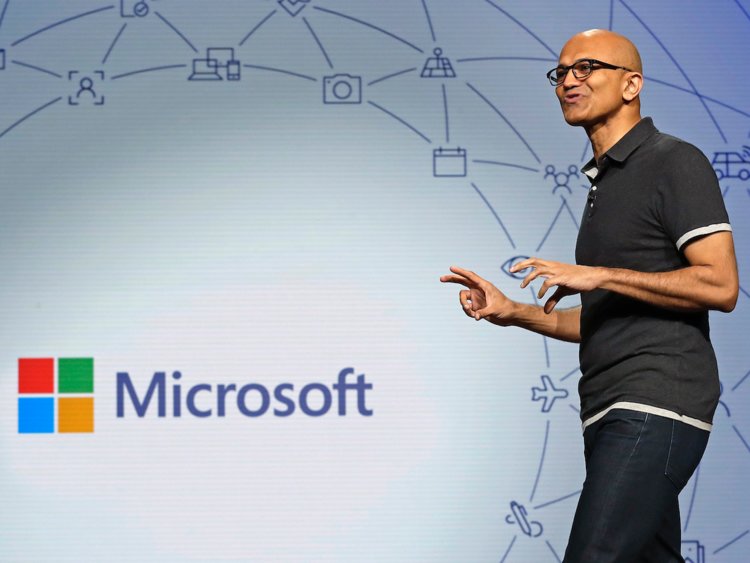 Elaine Thompson/APHe figured he was paying his dues so he did the tasks assigned and in his spare time, continued work on his internship programming project, hoping to impress his boss with his programming abilities that way.

But his boss ignored his volunteer efforts. “I’d send out email requests for approvals or resources for things to get done and they would get ignored,” he described.

A senior engineer that worked for a related team befriended him and after several months of watching him sidelined, the friend pulled him aside and warned him the menial work was “career suicide. There’s no transfer of skills to anything you can do in programming. It’s not something you can put on a resume,” the programmer said.

To advance in the tech world, a programmer needs to show programming projects, his coworker told him. A long period where he didn’t ship any code could see him labeled as a pariah. Others may assume something was wrong with him or his skills.

The programmer went to his boss and asked, point blank, to be put on programming task. But the boss kept putting him off.

Exasperated, the programmer told his engineering friend that he was giving up on Microsoft and was going to interview elsewhere.

The friend, who had worked at Microsoft for many years, told him to wait and let him work the office politics behind the scenes, going above the boss’s head to get him assigned to a programming task. 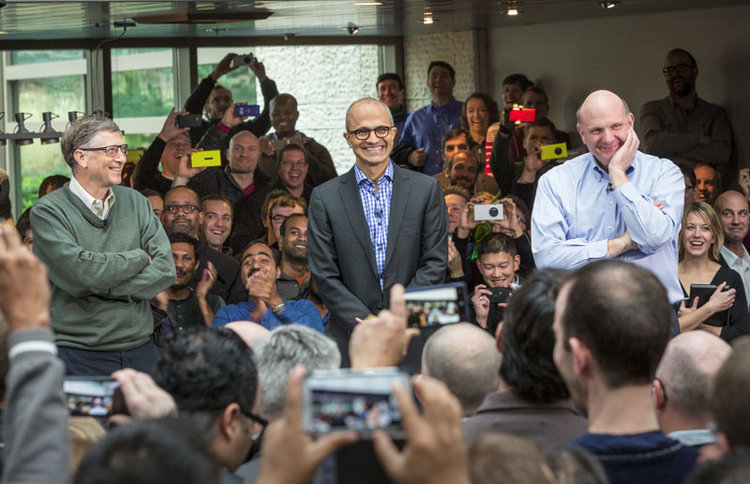 MicrosoftManagers at Microsoft are currently judged on how well they build and maintain diverse teams,Business Insider previously reported.

When the friend told the team’s leaders they were about to lose a newly hired LEAP intern, the manager knew it would reflect badly on himself, the programmer told us.

The pressure worked and he was assigned a programming task. He was once again thrilled.

But it didn’t last long. The new task involved working closely with another senior engineer who was close friends with his boss. Instead of helping the beginner programmer do his new task, this friend-of-the-boss engineer stonewalled him rather than taking him under his wing.

The programmer wasn’t about to give up over that. He found others on his extended team willing to mentor him on the task. And after a couple of months, he had the new feature working well enough to show his progress to his boss.

During a daily “stand-up” meeting — where everyone stands and says what they are working on — the programmer proudly said his project was ready to demo to someone.

And to his shock, the boss immediately called the programmer into his office, along with several other senior leaders in the group, including the engineer that was supposed to be helping him. They held an impromptu demo, giving him no time to prepare.

During that meeting they peppered him with questions, critiquing his every decision. He explained his thought processes on the whiteboard.

And then the guy that was supposed to help him criticized how he designed the program and implied the whole thing would need to redone from scratch.

“My heart drops to the floor. I’m like a really new programmer, and program design takes years to learn. This guy’s job was to provide that design guidance and not only didn’t he do that, but now he’s critiquing me. I felt very much thrown under the bus in front of everyone senior,” the programmer said.

The engineers on the extended team who had befriended him and coached him were also furious at the whole situation, he said.

“We ended up finishing the project. But after that meeting took place, I started interviewing at other companies,” he said.

And he immediately landed a better paying job at another huge tech firm in the area. (Business Insider confirmed this.)

When he gave his two-week notice, his manager was surprised, and tried to talk him out of leaving. Despite all the stonewalling, the new programmer had been given good reviews, people generally liked his work and the boss didn’t want the diversity black mark on his performance.

But the programmer had had enough.

“They had brought me in under this diversity program, the LEAP program,” he explained. “They didn’t want to push me out, but to create conditions where I didn’t feel empowered.”

Their attitude wasn’t personal, he felt, but cultural. Among the team of about 40 senior engineers, which included men and women, there was a tight-knit group that acted “like a boys club.” Discretionary bonuses as well as promotions could depend on how much this core group liked you, the programmer believed.

The senior folks wanted their rank respected, and for subordinates to do what they were told, no questions asked, the programmer thought. Their system seemed to work well when hiring young people, fresh out of college with little life experience.

But a sure-of-himself adult beginning programmer, like a former military man, didn’t fit that mold.

“I’ve seen a lot of press about how women in particular, but also how minorities can get treated and marginalized. In my experience that can happen to anyone and it often does. They can tank you. You don’t get fired. You don’t get laid off, but at the same time you don’t progress,” he warns. Microsoft CEO Satya Nadella talks to the troopsMicrosoft Nadella has done a lot to overhaul the culture at Microsoft since he took over a couple of years ago, this programmerand others agree.

But there’s still a stubborn contingent of brilliant jerks at Microsoft, this programmer believes, although Microsoft is hardly the only company to be criticized on that count.

This programmer suspects, though, that some at Microsoft are secretly bored, working many hours on maintaining projects that originated a decade or more ago.

And “a bunch of bored brilliant jerks makes for a toxic environment,” he said.

Meanwhile, Microsoft is actively trying to root out those old attitudes and has been doing a number of things to increase diversity on its engineering teams.

In addition to the LEAP, a Microsoft spokesperson described programs like the Microsoft Software & Systems Academy  which helps veterans land tech jobs; the Military Spouse Training Academy  a new pilot program for training military spouses in tech jobs. Microsoft also has a high-school computer science program called  Technology Education and Literacy in Schools (TEALS) that trains kids to code, with one-third of is 53,000 students so far having been girls and another third minorities. Plus the company has dozens of employee groups and network to support a variety of identities and populations of Microsoft employees.

Are you a Microsoft or tech employee with insight to share? We’d love to hear it. [email protected] or @Julie188 on Twitter.

This is a subscriber-only story. To read the full article, simply click here to claim your deal and get access to all exclusive Business Insider PRIME content.