Hong Kong (CNN Business)Virgin Australia is slashing about a third of its headcount, offloading some planes and focusing on shorter flights under its new owner, Bain Capital.

The airline announced a sweeping restructuring plan Wednesday as it works to reduce costs amid the coronavirus pandemic.
To adjust to ongoing challenges, Virgin Australia will cut 3,000 jobs, remove some of its aircraft and discontinue Tigerair Australia, the airline’s low-cost carrier, it said. It also plans to focus more on domestic and short-haul overseas flights as international travel is largely halted.

“Making these changes now will secure approximately 6,000 jobsonce market demand recovers, with potential to increase to 8,000 jobs in the future,” the airline added in a statement. The company previously employed about 10,000 people. 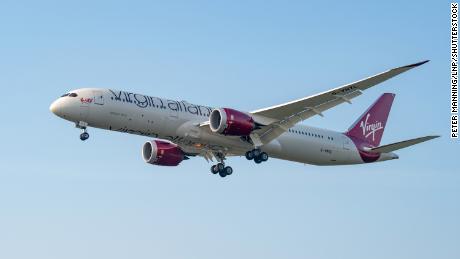 Virgin Australia, the country’s second biggest airline, has had a tumultuous year. It was snapped up by Bain Capital in June after failing to receive the government support it had asked for and filing for voluntary administration.

Even when the industry recovers, the company believes airlines will “look very different than the way they did previously,” according to Virgin Australia CEO Paul Scurrah.
“Our aviation and tourism sectors face continued uncertainty in the face of Covid-19, with many Australian airports recording passenger numbers less than 3% of last year,” he said in a statement.

Scurrah estimates that demand for travel — even domestic and short-haul international flights — will take “at least three years” to return to pre-crisis levels.
The announcement followed news that Virgin Atlantic, which is also part of Richard Branson’s Virgin Group, filed for bankruptcy in the United States.
Source: Read Full Article

Oil at two-decade lows, price of U.S. crude for delivery below zero