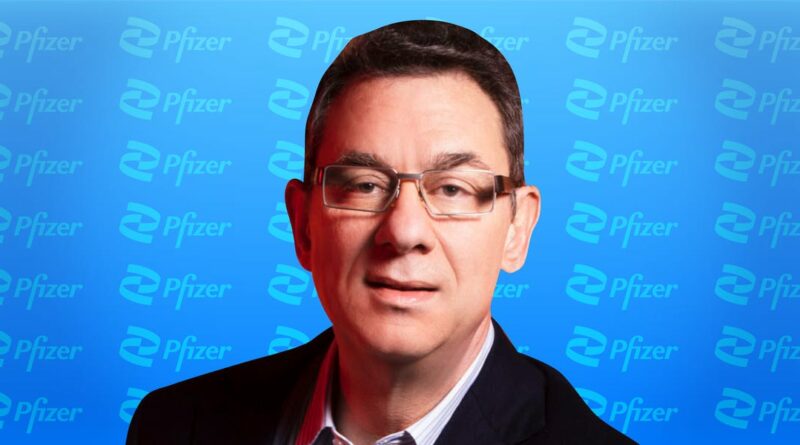 Pfizer helped develop the first safe and effective coronavirus vaccine in under a year, smashing expectations for the pace of medical research and providing society with a pathway out of the pandemic.

For Albert Bourla, Pfizer’s CEO, it was also a chance to prove his vision for a faster, nimbler drug giant.

“I couldn’t think of a better articulation of our purpose, which is breakthroughs that change patients’ lives, than discovery, development, and manufacturing of a COVID-19 vaccine,” Bourla said.

In record time, Pfizer worked with the German biotech BioNTech to not only develop the shot but turbocharge manufacturing to produce hundreds of millions of shots. That efficiency has led tens of millions of people to be immunized against the virus a year into the pandemic.

Bourla exemplifies what makes for a transformative CEO: His company met a global, historic need in record time. The vaccine is also expected to boost Pfizer’s business, with the company forecasting $15 billion in 2021 sales from the shot.

“What they’ve done on the vaccine is remarkable,” said Vamil Divan, an industry analyst at Mizuho who covers Pfizer. “How quickly they’ve developed it, and now getting it out, especially in the US, is incredible.”

After working his way up Pfizer’s ranks, Bourla embarks on a research-focused future

Bourla reached the top of Pfizer after 25 years at the company. First, after training as a veterinarian, he joined the company’s animal-health unit in Greece in 1993. He then relocated to New York in 2001. And in 2010, he began to help lead the pharma business.

Since taking over as CEO in January 2019, with the ambition to establish a “new Pfizer,” Bourla has been pitching investors on rejuvenating the $195 billion pharmaceutical giant, primarily by prioritizing science. That focus meant spinning off much of its legacy drug business, which includes famous blockbuster drugs such as Lipitor, Chantix, and the little blue pill: Viagra.

Instead, a trimmed-down Pfizer would focus on researching cutting-edge medicines with the speed and risk appetite seen primarily by small biotech companies.

Then came COVID-19 and the need for vaccines. With the pandemic, Bourla had a rare, unexpected opportunity to put his money where his mouth was.

Rather than adhere to the typical timeline for vaccine development — a decade or more — Bourla implored his team to find a faster way, and worked with BioNTech to do so.

In doing so, Bourla, a 59-year-old immigrant from Greece, placed some risky bets on the program while still settling into the role of CEO.

To speed up the coronavirus research, Bourla declined US government funding that could have defrayed research costs. He feared the cash would have strings attached and bring bureaucracy to the table.

“I made it very clear that the best chance we have to be successful is if we finance it ourselves,” Bourla said, recounting what he told Pfizer’s board of directors.

In July, the US government made a commitment to pay $1.95 billion to preorder 100 million doses if Pfizer’s vaccine was successful. That agreement still depended on success in large-scale studies, which are never a certainty in drug development. Bourla said he told his board that the risk of failing could mean a write-off of up to $2 billion.

Adding to the risk, Pfizer and BioNTech’s vaccine is based on messenger RNA, genetic material that instructs cells how to make proteins. No approved medicine had ever been made with mRNA, but Bourla said he trusted his scientists when they recommended the approach.

Bourla took an unusual hands-on approach in overseeing the work, personally meeting with top scientists and program leaders twice a week for updates.

At the beginning, Bourla’s team presented him with an 18-month development timeline. That was historically fast for any vaccine, but Bourla found the idea of rolling out a shot in mid-to-late 2021 unacceptable.

“I told them that would not work,” Bourla said. Instead, he implored the group to devise a plan to have a vaccine by October, before a potential winter surge in infections and deaths.

To motivate the team, Bourla asked his scientists to do two things. The first was a back-of-the-envelope calculation on how many people would die if there was a second spike in cases in the winter and no available vaccine. The second request was to disregard any perceived financial restraints.

“Right now, we have to be efficient with our time, not our money,” Bourla said.

Pfizer’s sprint for a shot became embroiled in presidential politics

To be sure, Bourla wasn’t perfect.

In September, Bourla appeared on the “Today” show and CBS’ “Face the Nation,” and predicted that there would be “an answer by the end of October.” Those public predictions — more ambitious than any other vaccine developer — threw Pfizer into the middle of a brutal presidential campaign ahead of the November 3 election.

“The whole project became a political minefield,” Bourla said, acknowledging that it was “very, very difficult to navigate.”

When October 1 arrived, Bourla then pledged to move “at the speed of science” and reject any notion of political pressure. But October came and went without any definitive news on a vaccine.

Mizuho’s Divan said Bourla could have avoided some of the political entanglements by opting for a more general public timeline, rather than saying results were likely in October.

“The way they communicated about that was much too direct and open,” Divan said, calling that his biggest criticism of how Pfizer handled the vaccine program.

Ultimately, Pfizer announced overwhelming success on November 9, just eight months after starting its development program and a few days after the election. After he lost the election, President Donald Trump accused Pfizer and US regulators of conspiring against him and withholding successful results until the election had passed.

Pfizer expects to produce 2 billion doses in 2021, in the process taking in a revenue windfall of about $15 billion.

COVID-19 could spur a new model of drug development at Pfizer, Bourla says

Pfizer still faces the perpetual challenge among large pharmaceutical companies in pitching investors on brighter days ahead. The top-selling medicines of its past — Lipitor, Chantix, Viagra — have since lost patent protections and face revenue-eroding generic competition.

Bourla’s next battle may be replicating the best elements of the company’s COVID-19 success to other parts of its business.

In following Bourla’s vision for a “new Pfizer,” the company’s pipeline of drug candidates featured many bets on cutting-edge science — bets that hold both tremendous promise and risk. Those include gene therapies for hemophilia and Duchenne muscular dystrophy that could become transformative, onetime treatments, as well as more cancer treatments and vaccine research.

And while Pfizer teamed up with BioNTech to create the COVID-19 vaccine, Bourla has made it clear that the pharma giant intends to dive deeper into the mRNA platform on its own, and attempt to tackle other diseases.

“We like working with BioNTech, but we don’t need to work with BioNTech,” he recently told The Wall Street Journal’s Jared Hopkins. “We have our own expertise developed.”

Bourla expects these new experimental medicines to keep Pfizer’s revenue growing at 6% annually over the next few years, even as existing drugs inch closer toward the so-called patent cliff.

Moving beyond the pandemic, Bourla said it “would be unforgivable” to not apply learnings from the speedy coronavirus research to other disease areas, including rare diseases and oncology.

“We saw what we can do if we put focus, if we cut bureaucracy, if we trust scientists,” Bourla said. “That’s something that needs to be repeated not only in COVID.”

Stocks might suffer if a Democrat ‘blue wave’ brings higher capital gains taxes, but any pain will be brief, JPMorgan says