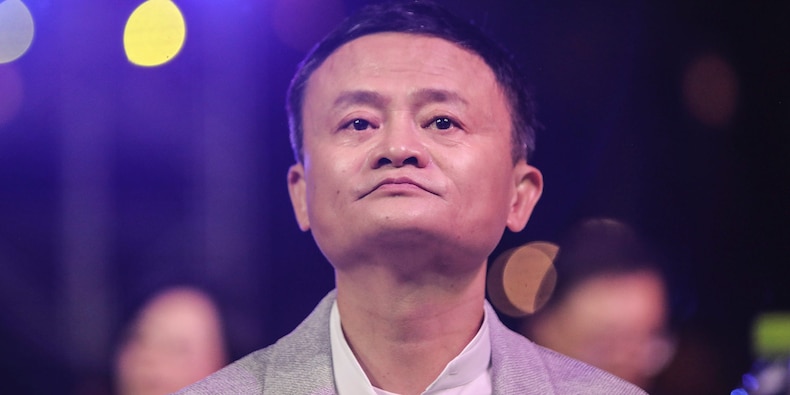 Alibaba slid as much as 3% on Monday as its founder Jack Ma hasn’t been seen in public in more than two months.

Ma’s absence from the public view comes as the Chinese government has increased its regulatory pressure on Ant Group and Alibaba.

Ant Group’s planned November IPO was scrapped after Chinese authorities amped up its regulatory pressure on the fintech giant. The company is now back at the drawing board in terms of adopting significant regulations it must become compliant with, potentially altering its business model.

Alibaba has also faced an increase in regulatory pressures recently. A probe into the e-commerce giant’s seller exclusivity tactics was opened in December as the company is now being investigated by authorities for antitrust violations.

Read more: GOLDMAN SACHS: Buy these 37 stocks that could earn you the strongest returns without taking on big risks in 2021 as the recovery and vaccine distribution get underway

The ramp up in regulatory pressure in Ma’s businesses came weeks after Ma criticized China’s financial regulatory system at a conference in Shanghai. Ma reportedly dismissed the China’s global financial regulations as “an old people’s club” and said that “we can’t use yesterday’s methods to regulate the future.”

Ma has not been seen in public in more than two months and he was abruptly replaced as a judge on an African entrepreneurship TV show he founded late last year, called Africa’s Business Heroes, according to a report from Yahoo Finance.

First U.S. Shipments of Pfizer Vaccine Will Be 2.9 Million Doses