Home » Business » 'America's job machine is firing on all cylinders': Romans on the June jobs report 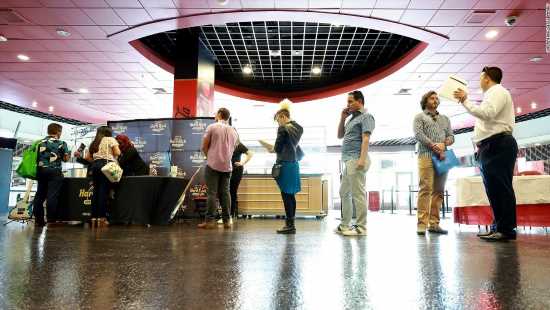 Minneapolis (CNN Business)When the latest jobs report comes out on Friday, it very well could show the smallest number of positions added in the past 18 months.

The US economy is expected to have gained around 250,000 jobs last month, according to Refinitiv. While that’s far from the 456,000 average monthly gains so far this year, it’s not a sign that the sky is falling, economists say. In fact, it’s exactly what the Federal Reserve wants to see.
A more sustainable pace of employment growth is part of the Fed’s game plan as the central bank looks to extinguish high inflation without completely upending the labor market or triggering a recession.

“If we got a number that was anything like the June number, the Fed would be rightfully worried, and I think we all would,” said Dean Baker, senior economist and co-founder of the Center for Economic and Policy Research. “You have to see a slowing of the labor market that you hope would have set in by now. And if there’s no evidence of that in July, that’s a problem.”

A moderation in the pace of monthly job gains has been anticipated for quite some time now as the labor market recovers from a devastating 21 million jobs lost at the start of the pandemic. Over the past two years, the economy has been adding back jobs at a historic clip, including averaging nearly 562,000 jobs per month last year, according to data from the Bureau of Labor Statistics.
One hint of cooling came earlier this week when the BLS released its Job Openings and Labor Turnover Survey for June. That report showed that the number of job openings fell by 600,000 to 10.7 million last month from May. Hires and separations, however, were little changed.

In addition, weekly initial jobless claims have slowly been on the rise. For the week ended July 30, initial applications for unemployment benefits came in at 260,000. That’s up 6,000 from the week before, which was revised downward by 2,000, according to BLS data released Thursday.
While a lot of eyes will be trained on Friday’s headline number and the unemployment rate — which is expected to hold steady at 3.6% — Baker and other economists are also paying close attention to data points such as average hourly wages and the labor force participation rate.
“Wages are really front and center of this,” Baker said. “Wage growth had been over 6% last fall, and I think everyone would agree if we maintain 6% wage growth, we’re going to have high inflation. I don’t see any way around that.”
The average hourly earnings number could provide a more timely data point on how wages are trending, said Sarah House, senior economist at Wells Fargo.
High inflation coupled with a tight labor market has forced employers to raise wages for new hires and existing workers. However, those pay gains have been largely outstripped by the highest inflation seen in 40 years. If the labor market weakens, that could slow the pace of wage gains, reducing concerns they may be adding to inflation.
“I think ultimately where we are seeing the demand for labor cool — we’re seeing that in the job openings, we see that in the hiring plans — that we would expect to see some moderation in the pace of earnings growth on trend,” House said.
With the Great Resignation still in focus, another key indicator to look at will be the labor force participation rate, which ticked down to 62.2% in June, below the pre-pandemic level of 63.3%. Those “missing workers” left the labor force over the past two years in large part due to Covid-related illness and care taking responsibilities, but also early retirement and the overall aging of the working population.
“There are still a lot of people under age 55 who have exited the labor force who have not come back. There are more than 1 million of them, and I would still expect a decent number of those people to come back,” David Mericle, Goldman Sachs chief US economist, told CNN Business. “But the more that time passes, the harder it is to be sure.”

If more people come back into the market, it could fit well with the Fed’s overall playbook, said Daniel Zhao, lead economist at Glassdoor.
“I think actually what would be really positive from the Fed’s view is if labor force participation rises along with a slowdown in wage growth, because then that’s really the best way to both expand access to jobs while also keeping inflationary pressures down,” he said.
Source: Read Full Article

Singapore Airlines latest to get massive rescue amid coronavirus crisis