Asian stocks were mixed in cautious trade on Friday as a bipartisan, $908 billion coronavirus aid plan gained momentum in the U.S. Congress and negotiations over a Brexit trade deal continued, despite differences over fisheries, state aid for companies and rules to resolve disputes.

The dollar edged up slightly after hitting its lowest level in more than 2-1/2 years on Thursday amid signs of progress toward U.S. fiscal stimulus and optimism about Covid-19 vaccines.

U.S. Treasury yields fell ahead of the U.S. non-farm payroll report due out later in the day, with employment gains expected to slow modestly in November.

Oil prices rose after OPEC and Russia agreed to ease deep oil output cuts from January by 500,000 barrels per day.

Gold held steady amid signs of possible further lockdowns after the number of daily coronavirus cases in the U.S. topped 200,000 for the first time.

Japan’s Nikkei index slid half a percent as the yen rose against the dollar on reports of problems in Pfizer’s supply chain for the raw materials used in its Covid-19 vaccine.

New Zealand shares were little changed while South Korea’s Kospi average was up as much as 1.5 percent, surpassing the 2,700 level for the first time ever on optimism about Covid-19 vaccines.

U.S. stocks ended mixed overnight after Pfizer reportedly cut the number of Covid-19 vaccine doses it plans to distribute this year because of supply-chain problems.

Meanwhile, data on weekly jobless claims and service sector activity offered a mixed picture of the economy ahead of the all-important monthly jobs report.

The pan European Stoxx 600 closed flat with a positive bias. The U.K.’s FTSE 100 rose 0.4 percent, while the German DAX dropped half a percent and France’s CAC 40 index eased 0.2 percent.

U.S. Stocks May Show A Lack Of Direction In Early Trading 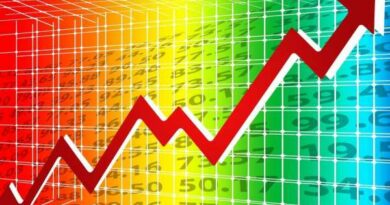 Two stocks to watch out for in the near term