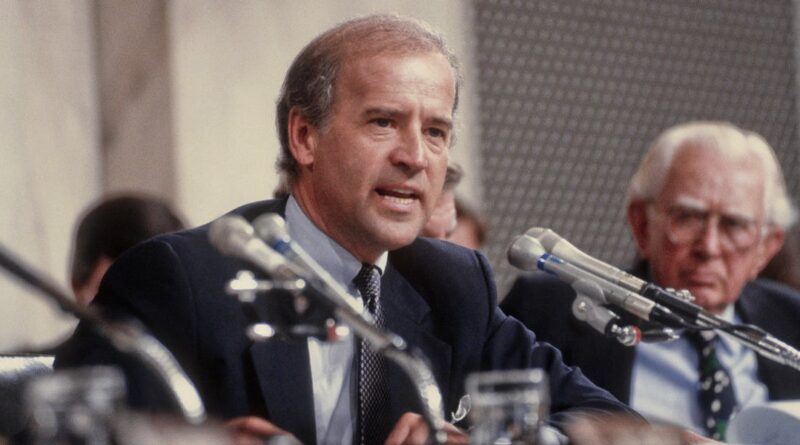 Joe Biden’s White House reportedly fired or disciplined staffers who admitted to past pot use, because of course they did.

Press Secretary Jen Psaki confirmed on Friday that “five people who had started working at the White House are no longer employed as a result” of their marijuana policy. While Psaki framed it as a small percentage of the total hires, the move comes after the White House previously indicated it was relaxing the White House requirements around past cannabis use.

But the firings should be no surprise, Biden is the ultimate drug warrior, an obsessively punitive former legislator whose long senatorial record was most often distinguished by drafting sadistic drug prohibition-related laws that ruined millions of lives.

With his White House firing staffers for admitting to past use of a drug that is inching toward de facto legalization, Biden’s campaign pledges to atone for his shameful drug warrior past have proven to be empty bromides.

Hope was held by some (not me) that Biden would make amends as president for being the Senate Democrat arguably most responsible for pushing Reagan/HW Bush-era Republicans even further to the right on the War on Drugs in the 1980s and early 1990s.

Early in Ronald Reagan’s first term, Biden and segregationist Republican Sen. Strom Thurmond pushed a drug war-expansion bill that, among other things, would have created the role of federal drug czar. The bill passed, but Reagan vetoed it.

But Biden never let up, relentlessly accusing Reagan of being too much of a budget-cut crazy right-winger to adequately fund the War on Drugs. And Biden ultimately got what he wanted.

Reagan’s successor, George HW Bush, was no slouch when it came to pushing drug war propaganda, once infamously displaying a bag of crack during a September 1989 Oval Office address to the nation.

In an 11-minute speech, the then-Delaware senator bashed Bush for being too much of a stingy fiscal conservative to sufficiently fight the drug war, which Biden said should be fought “like another D-Day, not another Vietnam.”

“[Drugs are] the number one threat to our national security. It affects the readiness of our army. … America is literally under attack by an enemy who is well-financed, well-supplied and well-armed and fully capable of declaring total war against a nation and its people as we’ve seen in Colombia. Here in America the enemy is already ashore…”

The War on Drugs was supposed to be metaphorical, but to drug warriors like Biden, it was very literal, as evidenced by his nonstop national security scaremongering.

But if there’s one line from that 1989 address that should be on Biden’s political epitaph, demonstrating the willful ignorance of logic required to be a drug warrior, it’s this one:

“We need to hold every drug user accountable. Because if there are no drug users, there’d be no market for them.”

Biden is still fighting the war he lost

Top Secret security clearances are a prerequisite for a lot of jobs in the White House, which require a background check.

For some reason, questions about past marijuana use (typically within the past few years) are still asked of White House job candidates. This is despite cannabis being legal for recreational use in 14 states and the District of Columbia, with more certain to be added soon.

Here’s the thing: The White House could just do away with that question if the boss wanted it gone. The most powerful person in the world actually has that power!

But despite sheepish apologies for his past drug war sins, Biden has yet to make a meaningful gesture to end the “forever war” he helped launch.

And though he promised to push the Democratic-controlled Congress to decriminalize marijuana and remove it from the DEA’s list of Schedule I drugs through executive action, he has yet to make a move on either.

At nearly every turn in a more-than-three-decade Senate career, Biden made it his personal mission to stand in front of cameras and demand the scope, budget, and severity of the drug war be increased.

There’s no reason why in 2021 anyone should be arrested for marijuana use. But the White House’s crackdown on *former* pot users indicates Biden’s still fighting the last drug war.

Amazon Web Services has lost two chief financial officers in the past year, including one who stepped down for a mysterious new role and then quietly left the company