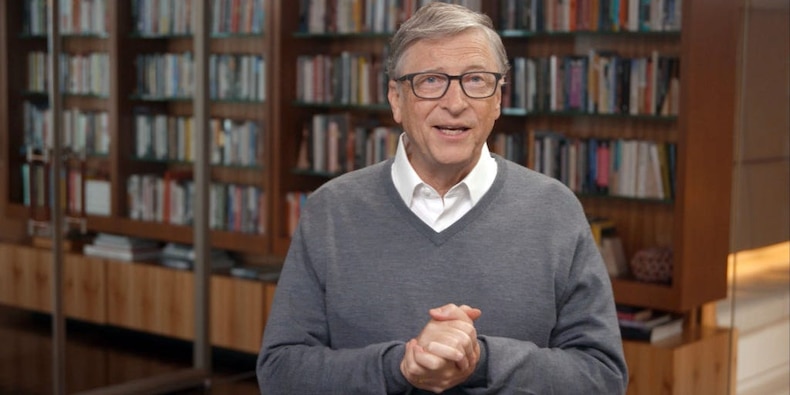 Getty Images for All In WA

Bill Gates, the world’s third-richest person, is not a fan of bitcoin, partly for environmental reasons.

According to the billionaire, not only does bitcoin use a lot of energy, it can also cause trouble for investors who may not have much money to spare, given how volatile its price is.

“Elon has tons of money and he’s very sophisticated, so I don’t worry that his Bitcoin will sort of randomly go up or down,” Gates told Bloomberg in an interview. “I do think people get bought into these manias, who may not have as much money to spare, so I’m not bullish on Bitcoin, and my general thought would be that, if you have less money than Elon, you should probably watch out.”

Bitcoin fell 13% on Tuesday, to around $46,817, tumbling from a record of $58,354 struck just two days ago, as investors took profit on the near-doubling in price since the start of the year.

Philanthropist and climate activist Gates, whose book “How to Avoid a Climate Disaster” recently went on sale, has previously said cryptocurrencies have caused deaths in a fairly direct way. He also thinks the anonymity behind bitcoin transactions isn’t a good thing.

“The Gates Foundation does a lot in terms of digital currency, but those are things where you can see who’s making the transaction,” he said in the Bloomberg interview. “Digital money is a good thing, that’s a different approach.”

Treasury Secretary Janet Yellen has also been vocal about her doubts on cryptocurrencies, and their environmental impact, given the amount of power used in mining digital tokens.

“I don’t think that bitcoin is widely used as a transaction mechanism,” Yellen told the New York Times on Monday. “It’s an extremely inefficient way of conducting transactions and the amount of energy that’s consumed in processing those transactions is staggering.”

The story behind Vodafone’s fall in India